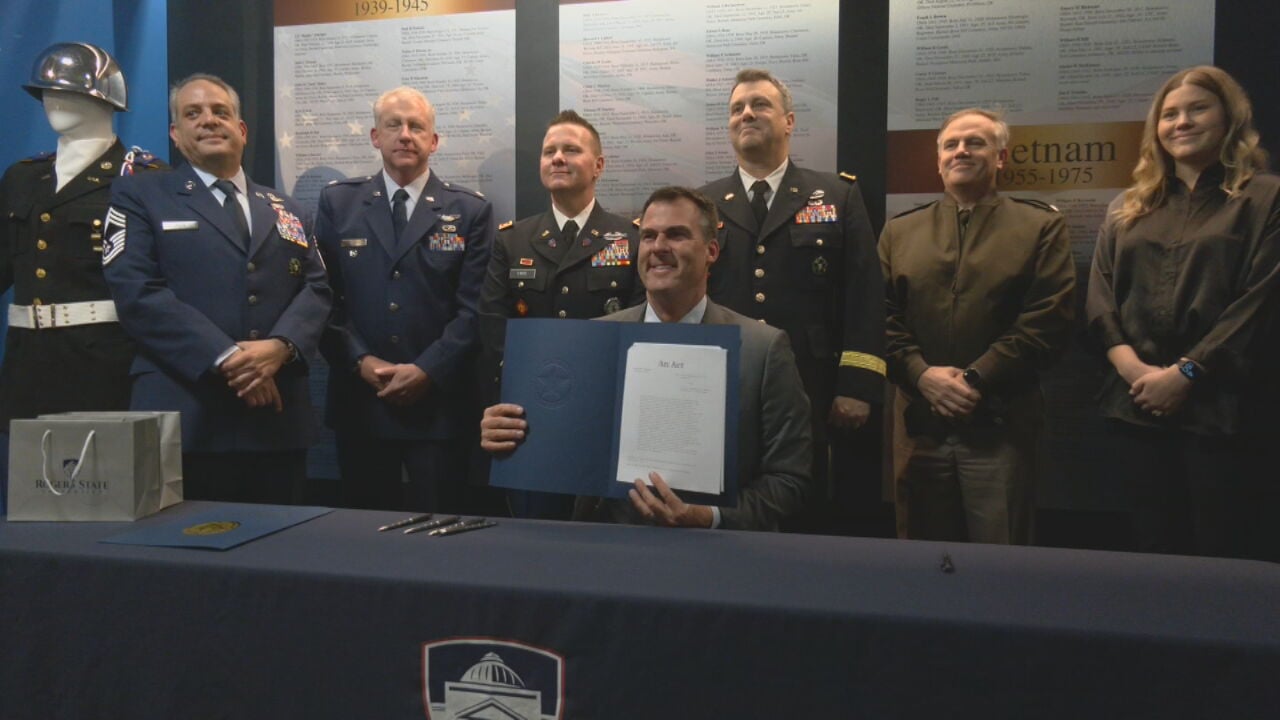 Stitt's stroke of a pen acknowledges the hundreds of students working on a degree while also training as soldiers and airmen.

“We signed a couple bills this year to encourage recruiting, to encourage furthering their education for our military personnel. And now Oklahoma just hit number one in the country the last couple months for recruiting," he said.

“Really gratifying to me to be able to work with the legislature and with the governor to come up with this solution that benefits our soldiers and airmen," Thomas Mancino, adjutant general for Oklahoma said.

Stitt and Mancino hope to remind any would-be recruits of these benefits to service.

The signing was ceremonial, which means both these bills are already in effect. That means the students here have already started reaping the benefits.

Take David Defranc Ponce for example. “Now I don’t need to pay anything," he said. "In fact, I’m actually reaping some benefits. Which is fantastic because as a college student finances are really important to us.”

Scott Tairent and his brother Tanner said the bills removed a big burden and kept them focused. “Now that they’re paying fees, it really allows me to focus on my schooling," Scott said.

Pau Sang said it does even more than that. He said he's an immigrant wanting to avoid putting school debt on his family. For him, it's a better life.

“There’s a lot of people in my situation. They’re not sure what to do with their life, and I feel like the military is a great example," he said.