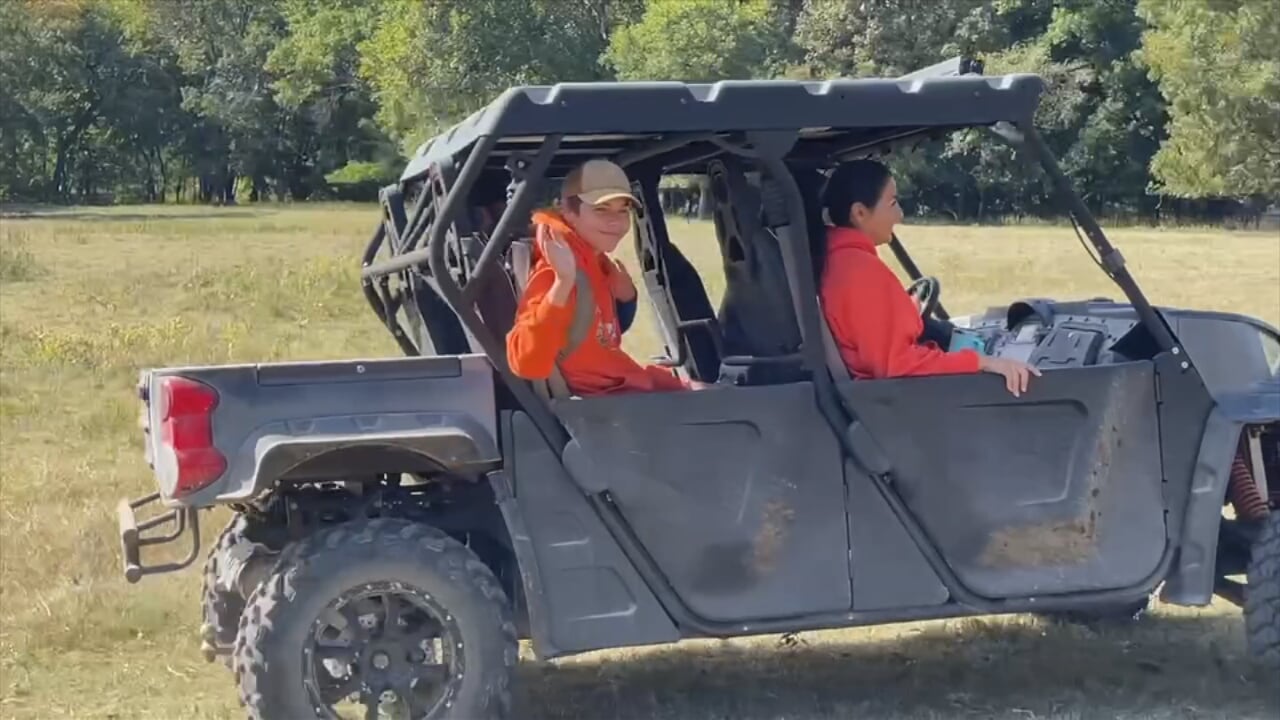 A northeastern Oklahoma group is giving kids the opportunity to deer hunt, who might not otherwise get the chance.

Smith is an Oklahoma State Trooper, but in his off time, he and his friends run Honest Outdoors Oklahoma, a free program that introduces kids to deer hunting.

“Our goal is to teach the kid and the parent or the guardian enough to be able to go out and do this on their own,” said Smith. “That way when they leave they can continue to go back memories together as a family.”

They founded Honest Outdoors three years ago and took eight first-time hunters out for youth deer-gun season. This year more than a thousand kids applied, so the group held a random drawing to pick 20 hunters.

“Honestly as a single mom, I didn't know how to teach my son how to hunt, so this program has been good at teaching him proper gun safety -- and just a great group of people that we've gotten to learn these skills with,” said Martiann Bohl-Witchey, whose son was selected.

A week before youth season, Honest Outdoors hosted a field day to teach the basics of hunting and safety. The day was broken down into five sessions: scouting, setting up and blood trailing, rules and regulations, first aide and safety, knot-tying and knife sharpening, and target practice and shooting safety.

“I'm excited. We've never done anything like this before, excited to branch out a little bit from our norm,” one mom said.

By the end of the day, the young hunters were ready to head to the woods for youth deer gun season.

Honest Outdoors wouldn’t survive without volunteers, donations, and sponsors. Smith said landowners donated property and volunteers donated their time to give the kids a unique experience in the outdoors.

“We've got three or four troopers; we've got two or three firefighters and then just personal friends. We personally know every single guide and we've known every guide for years,” Smith said.

And youth weekend was a success.

Every young hunter harvested a deer, including 11-year-old Avery Jinkens, who was the only girl in the group.

“I came here and I was the only girl... makes me proud,” Avery said.

“Proud dad, of course. [I’m] super excited for her to start this journey so early in life, said Avery’s dad, Travis Jinkens.

And after the hunts, the lessons continued.

“We teach them how to skin and quarter [the deer] and Wild Country Meats is donating all the processing,” Smith said. “So they get to take the meat home and live off of it for a little while.”

That teaches the young hunters what it's like to provide for their family while making memories together… and it’s all thanks to a program that wants to share the outdoors in the most honest way possible.

“We're just a group of friends that are trying to do something good,” Smith said.

Honest Outdoors will start taking names for its 2023 Youth Hunt next summer. It will do that through its Facebook page