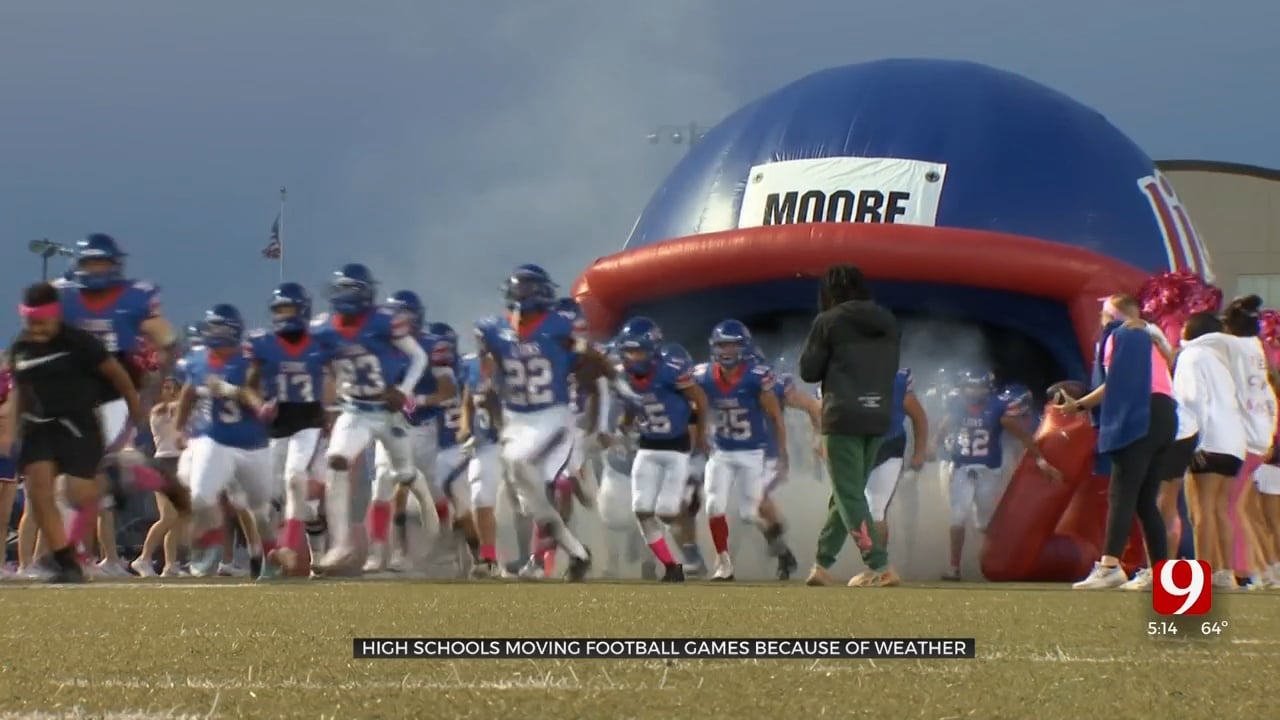 As the potential for severe weather looms Friday, high school football teams across Oklahoma are moving games one night earlier.

The Moore High School Lions are one of those teams. For them, it means a Thursday afternoon bus ride to Broken Arrow. It’s a last minute audible on the last week of the regular season.

Lions head coach Greg Bryant said there has to be a lot of movement to make it happen, but he isn’t worried.

From the Moore High School’s fieldhouse, Bryant prepares for what could be the last practice of the season. Wednesday’s practice is the last of the week.

“Change is inevitable. That’s what we talked about yesterday,” Bryant said. “It’s like if you prepare for no change, then everything will change and you won’t be ready for it.”

His team initially prepared for a Friday night game against the Tigers. Now, the Lions will suit up on a school night.

“It’ll be a quick turnaround, just going through it,” Bryant acknowledged. “A lot of teams do it, so we have to be well prepared to do it, too.”

A lot of teams are facing the same scenario including those in the same district as Moore’s.

The Southmoore-Westmoore matchup would be his decision to make.

“The later you make it, the more pressure you put on people to make things work,” Fitzgerald said.

“We have to check with the referees. Without the referees, we don’t have a game,” Fitzgerals said. “Then it goes in to gate workers, security, concession workers, all types of things.”

It will be a late night for players at Moore and for the coaches who are also teachers by day.

Bryant believes it can be a learning experience for his players. He said they didn’t flinch.

“You ask a lot of these kids, they would play on Tuesday, if they can,” said Bryant.

Adjustments are just part of the game, even on the last week of the regular season.