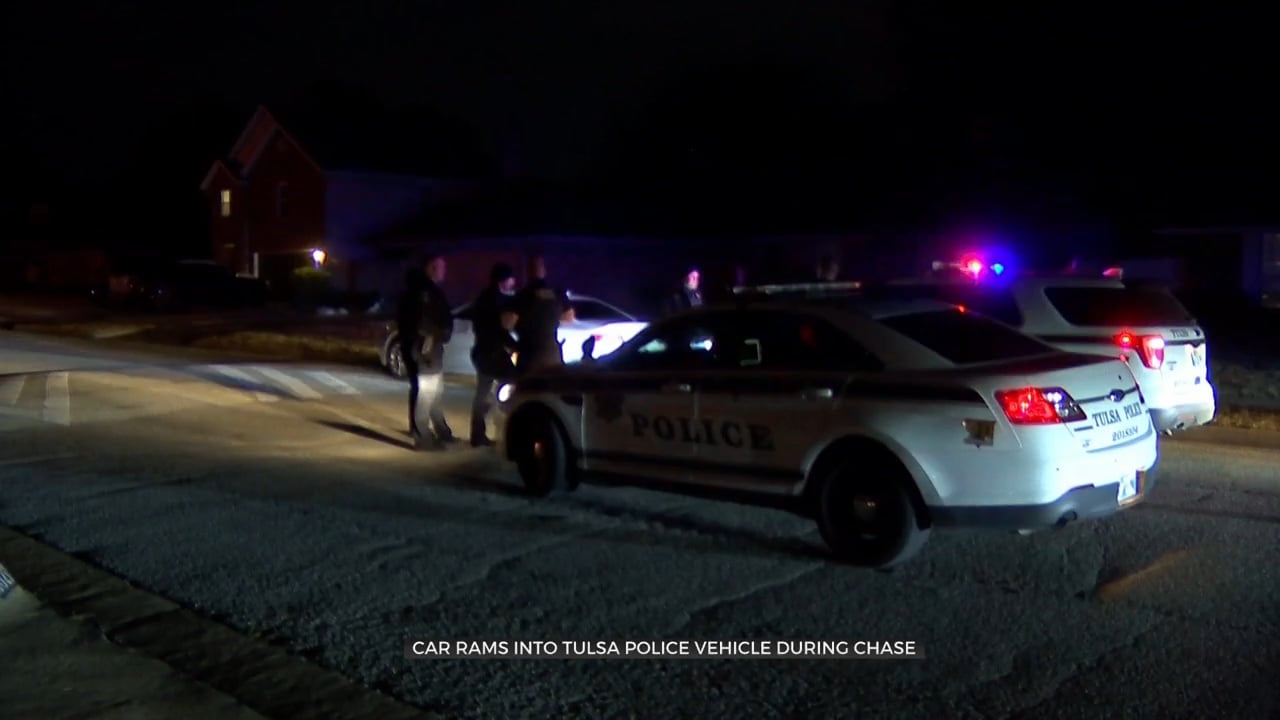 A driver was arrested after leading officers on a chase Friday night in Tulsa, according to authorities.

Tulsa Police said they attempted a traffic stop on a vehicle that was speeding near 41st Street and South 129th East Avenue before the driver took off.

During the pursuit, the driver rammed their vehicle into a police vehicle, police said.

The suspect was taken to the hospital then into custody, according to police.

Police suspect the driver was under the influence.

Police said the officer inside the police vehicle was not injured.