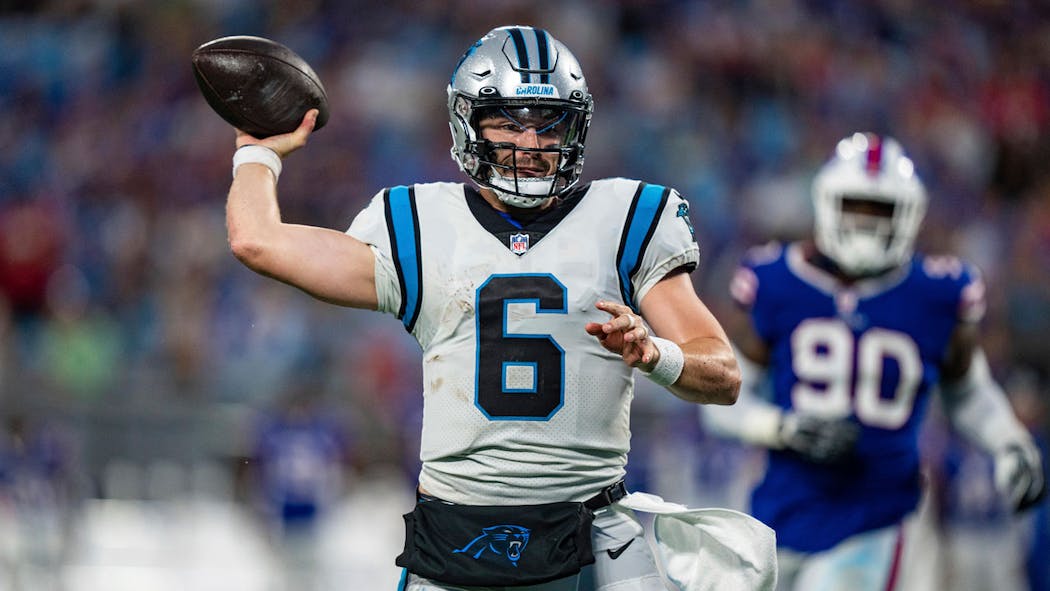 The Carolina Panthers have decided to release former Oklahoma quarterback and first-round draft pick Baker Mayfield from the team's roster.

According to ESPN, Mayfield asked for his release from the team, although he may have been released anyway as the Panthers are moving forward with Sam Darnold and P.J. Walker as quarterbacks.

Mayfield was drafted by the Cleveland Browns in the 2018 NFL Draft, where he played four seasons before being traded to the Panthers for a 2024 conditional fifth-round draft pick.

Mayfield was named the starting quarterback for the Panthers, but suffered an ankle sprain during their game against the San Francisco 49ers mid-season.