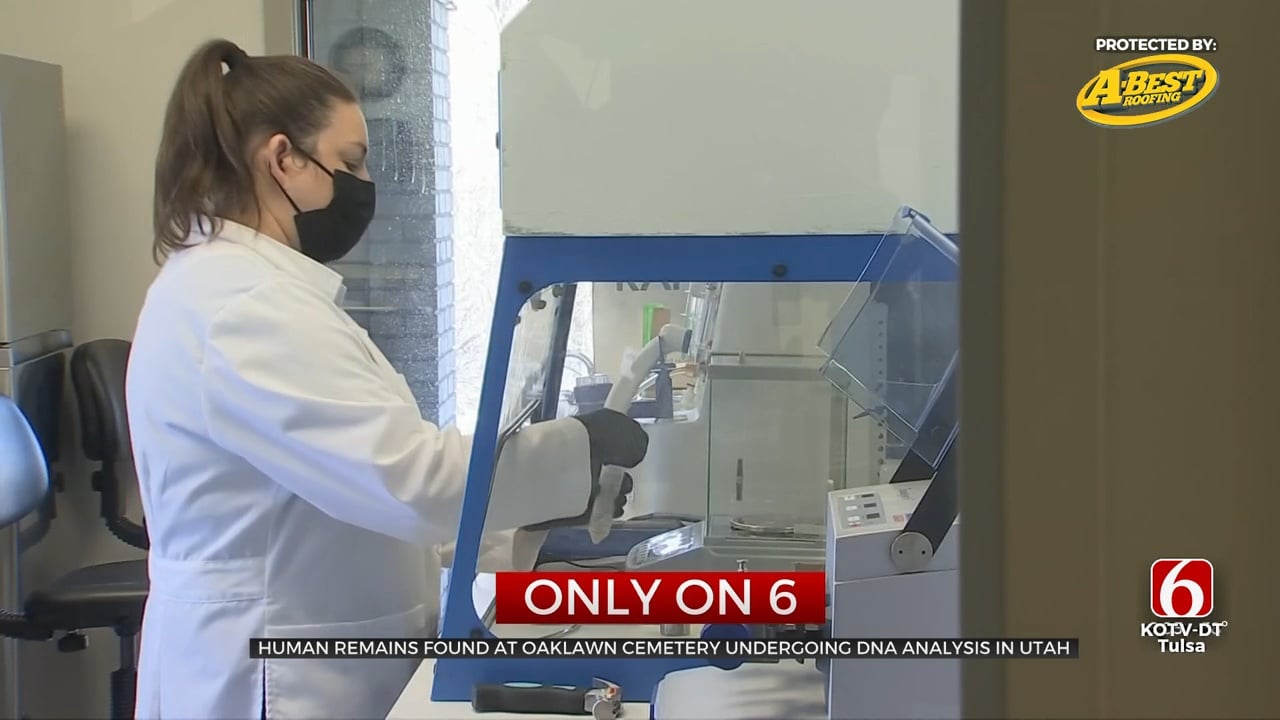 DNA analysis is happening 1,200 miles from Tulsa, on the human remains found in unmarked graves at Oaklawn Cemetery.

It is the next step in the process to determine if the remains belong to 1921 Tulsa Race Massacre victims.

Bones and teeth found in unmarked graves at Tulsa's Oaklawn cemetery were packaged and delivered by ground to Salt Lake City.

At Intermountain Forensics, a small lab in a simple office building, samples from about 20 burials found at Oaklawn Cemetery are stored hundreds of miles from their resting place.

It is one of the only nonprofit labs in the nation and it is working for the City of Tulsa to learn truths about who was discovered underground.

An investigative genetic genealogist is working to piece together family trees from people who have submitted information, while a million dollar machine is sequencing DNA.

Director of Laboratory Development Danny Hellwig said to understand how long it could take to have a complete picture of whose remains were found, think about 9/11. More than 20 years later, scientists are still working to identify remains found at the World Trade Center.

While Intermountain Forensics is busy analyzing the DNA they already have from Oaklawn, there could be more samples on the way to Utah soon.

Going forward, the lab said its work depends on the community, and who decides to submit DNA, so scientists can see if there are any matches.