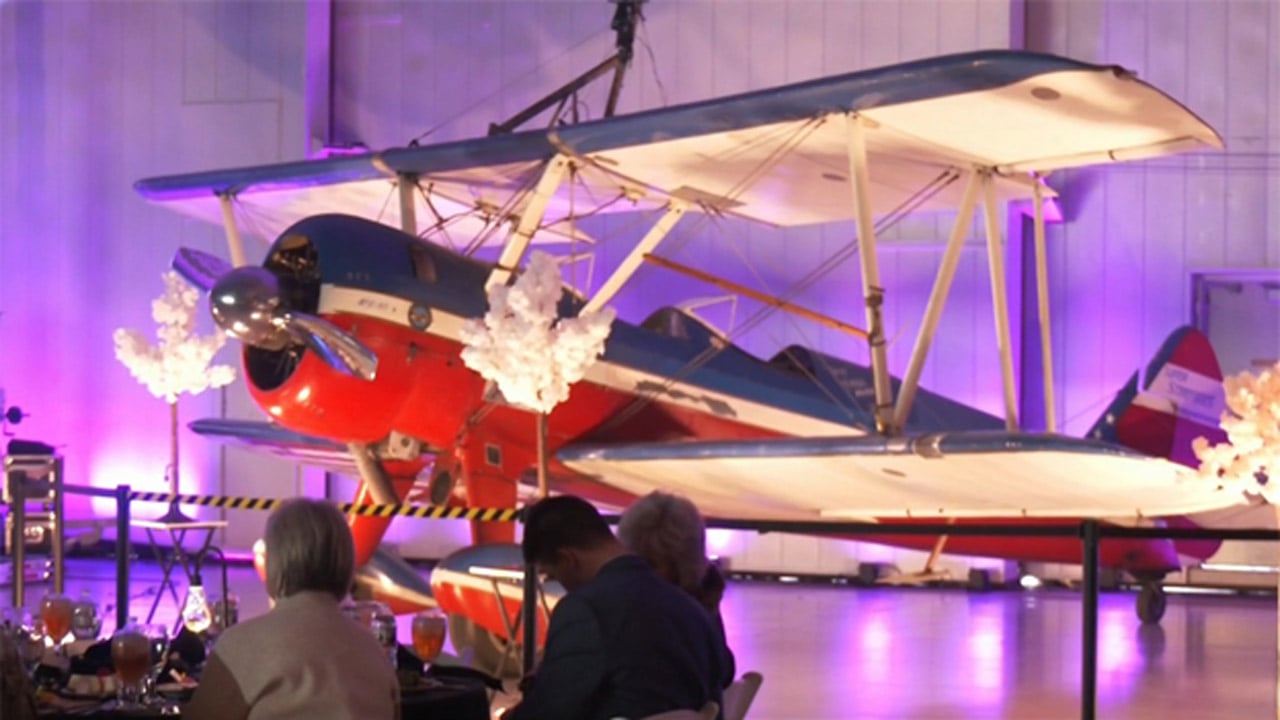 Tulsa hosted a big celebration of women in aerospace and aviation on Friday, drawing in students and professionals from across the state.

The sixth annual Women in Aviation and Aerospace Day featured speakers, lunch, and planes everywhere you looked in the Tulsa Tech hangar.

"Aviation is a beautiful community. It's a family community. And I'm just so proud to be a part of it,” Gigi Coleman said.

Gigi was dressed from head to toe for the occasion, keeping the legacy of her great aunt, Bessie Coleman, alive.

"This is the medal that she was inducted into the National Aviation Hall of Fame,” GiGi said.

Bessie was the first African American and Native American female to become a pilot. She had to move to France to learn to fly, was later known for performing in air shows, and died in 1926 after a problem with her plane. The National Women’s History Museum website describes what happened.

“At about 3,000 feet in the air, a loose wrench got stuck in the engine of the aircraft. Wills was no longer able to control the steering wheel and the plane flipped over. Unfortunately, Coleman was not wearing a seatbelt. Airplanes at the time did not have a roof or any protection. Coleman immediately fell out of the open plane and died.”

"She was an inspiration to everybody,” Gigi said. “Not just to go into aviation, but to do whatever you want to in life. And she never took no for an answer."

Mustang High School Sophomore Olivia Andrews was at the event with some of her classmates in the aviation program.

"I want to be an astronaut,” she said.

Andrews is working toward her future, and she is excited others are, too.

"I love seeing all the girls here from different schools; it really just makes my heart melt because it's just, there's so few of us interested. And I really want more girls interested in this. It's a wonderful program,” Andrews said.

The event, put on by the Oklahoma Aeronautics Commission, the Tulsa International Airport, and many others, drew more than 800 people together.

With enthusiasm starting from the ground, they are ready for their dreams to take off.