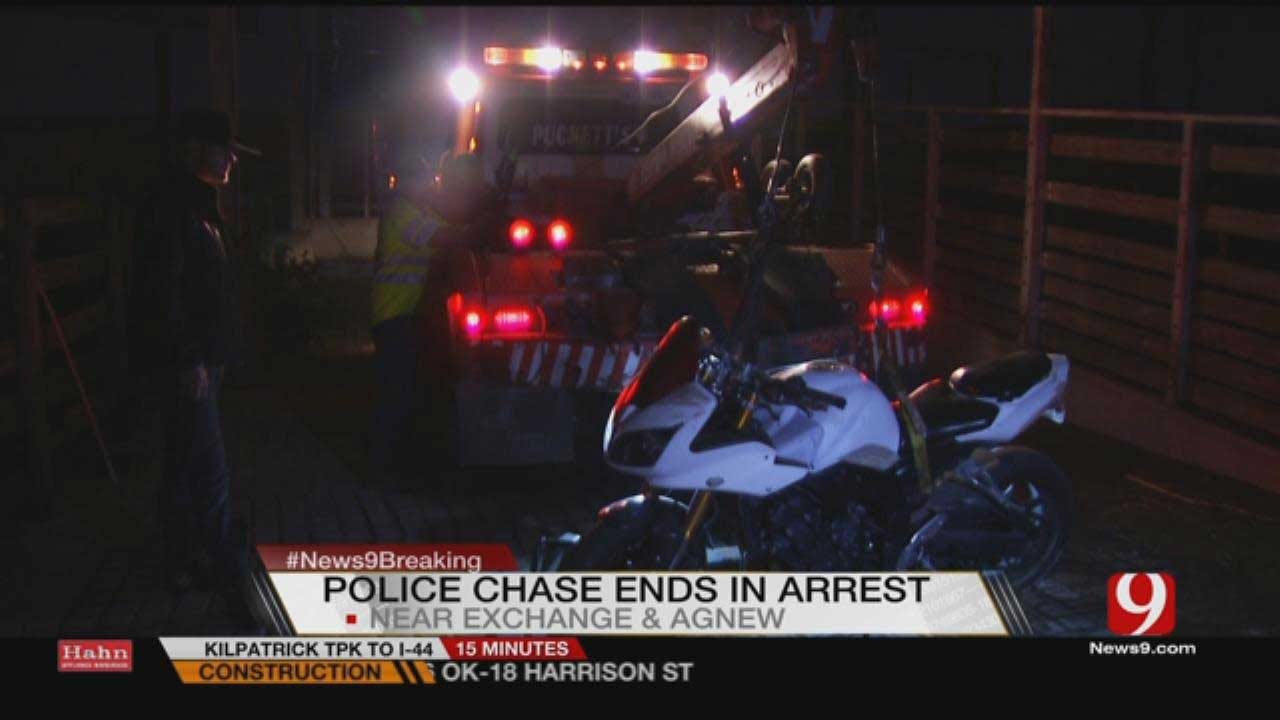 A suspect is in jail after a lengthy police chase early Friday morning.

OKC Police said the chase was initiated shortly after 1 a.m. when an officer attempted to pull the suspect over for a routein traffic violation near I-40 and Meridian in west Oklahoma City.

From there, the suspect took off on a motorcycle and drove all the way through NW OKC before police caught up with him in Stockyards City. The chases lasted for about half an hour.

Police have not yet released the suspects name.