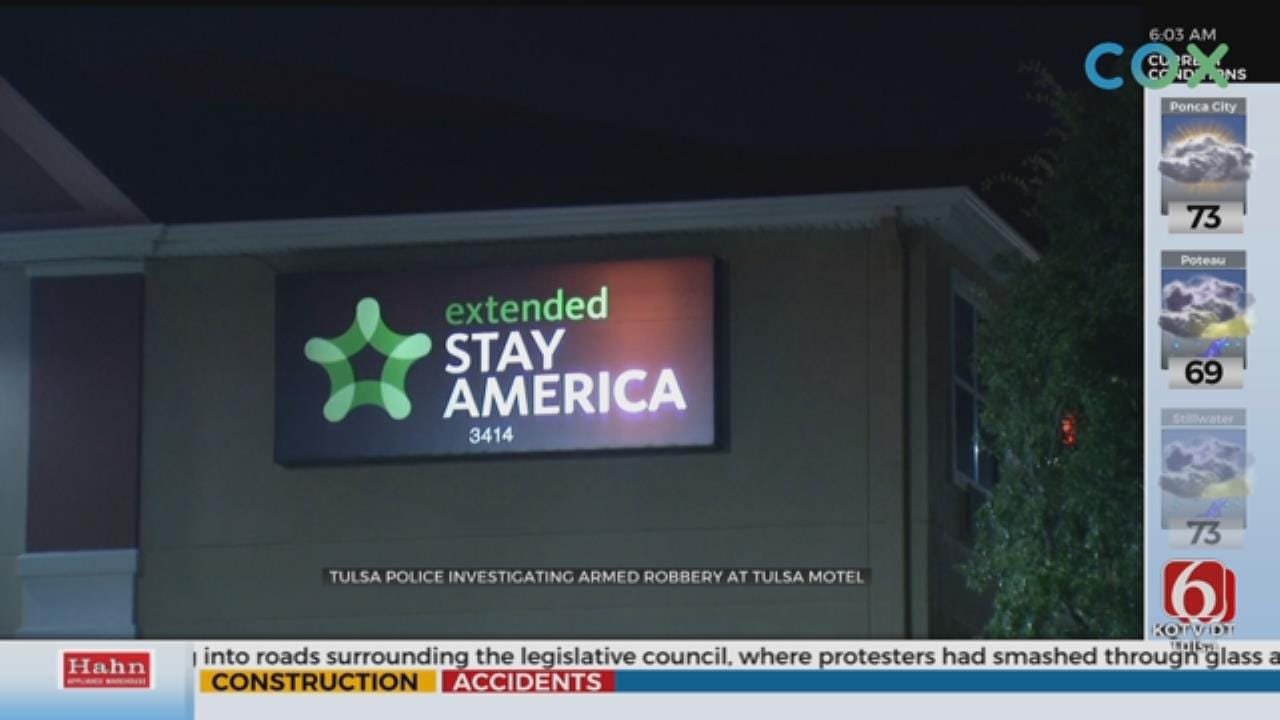 Tulsa police are investigating an armed robbery that sent a man to the hospital.

Tulsa police said early Tuesday morning that two men forced their way into a motel room and pistol whipped the man inside.

Officers said the victim went out to this car in the parking lot of the Extended Stay near I-44 and East 31st Street just after midnight.

Police said when the man got back to his room, someone knocked on his door.

Officers said the victim opened the door and two me pushed their way in and hit him in the face with a pistol.

Investigators said the men forced the victim into the bathroom, told him not to come out, rummaged through all his stuff, stole some things, and then left.

Officers said victim went to the hospital with some eye injuries.

Investigators said right now there's not a good description of the two robbers.