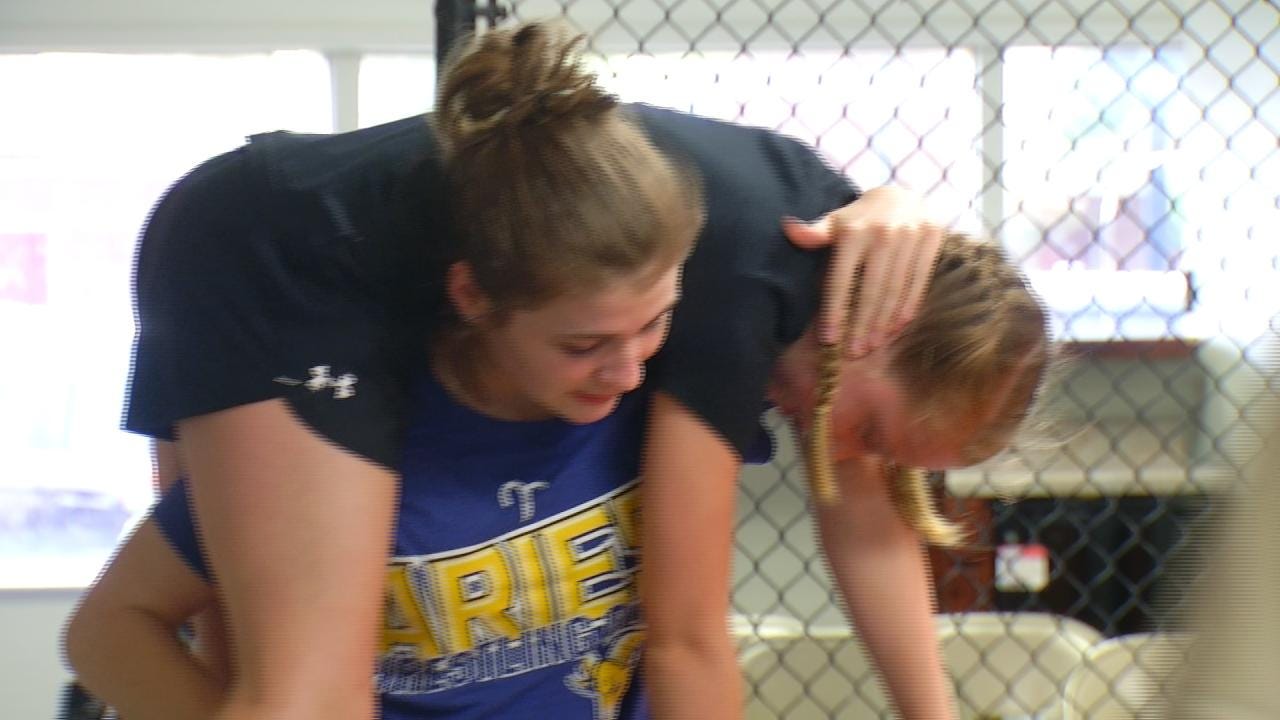 The Oklahoma Fierce Girls Wrestling Team in Broken Arrow says they started with less than 10 girls, and in the past few weeks, their numbers have doubled.

Brown has been wrestling for two years and is heading to Broken Arrow in the fall to wrestle on the first-ever school sanctioned girls wrestling team.

She's mostly wrestled boys in the past and says sometimes boys don't know what to think when a girl steps on the mat.

“They're like 'oh' she's going to give up easily or its going to be a quick match,' but I’m always going to put up a fight," said Brown.

Brown and a lot of her teammates on the Oklahoma Fierce Girls Wrestling team have already won national awards for wrestling other girls around the country.

Head Coach Karissa Avallone has been wrestling all her life and is excited to see how far the state has come since she was in school.

“There were only four of us here in Oklahoma, so there wasn’t many girls wrestling tournaments here," said Avallone.

Female wrestlers travel from all across Oklahoma to be a part of the program.

Some live in the Tulsa area, but others travel from Oklahoma City, Henryetta or even Stilwell to be a part of the team.

The Program is for girls ages 6 to 18, and some, like Emma Hynes, are just starting out.

She says her brother and dad were both wrestlers and her sister Allison, is also on the team.

"It just looked like they were having a lot of fun, and I wanted to learn most of the things that they do," said Emma Hynes.

"I've been trying to get her to wrestle for a long time now, and now that they finally have the girl’s program, she's felt more comfortable coming into wrestling," said Allison Hynes.

But ultimately the girls say this sport gives them the confidence to do anything they set their mind to.

"Everyone should be able to feel safe in their own skin and be able to do and say anything they would like to do,” said Brown.