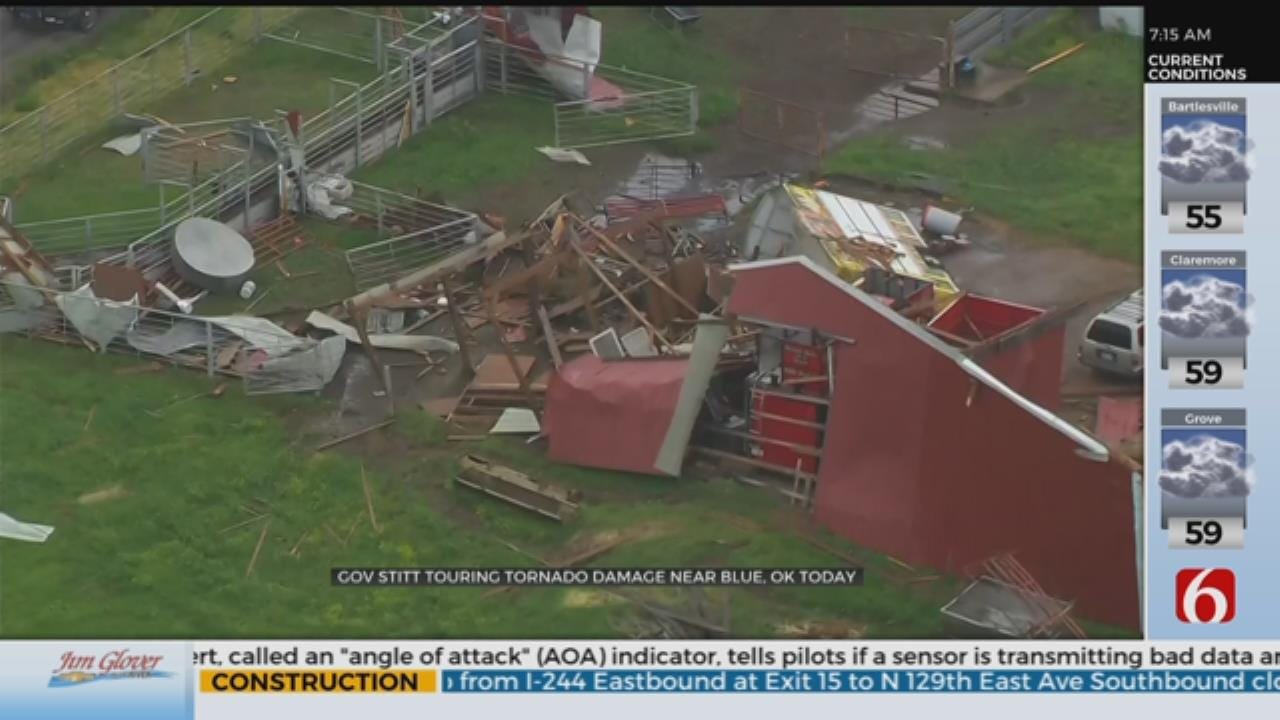 Cain said Stitt surveyed the area by helicopter, by vehicle and on foot. The governor also visited a survivor center at Rock Creek Elementary School in nearby Durant.

Stitt declared a state of emergency last week for 52 Oklahoma counties because of the storms. That allows state agencies to spend money to help local governments.

The National Weather Service says at least 16 tornadoes were reported April 30 in Oklahoma.

The tornado that hit Bryan County on the night of the 30th was an EF-3, and one woman died when it touched down in Bokchito.