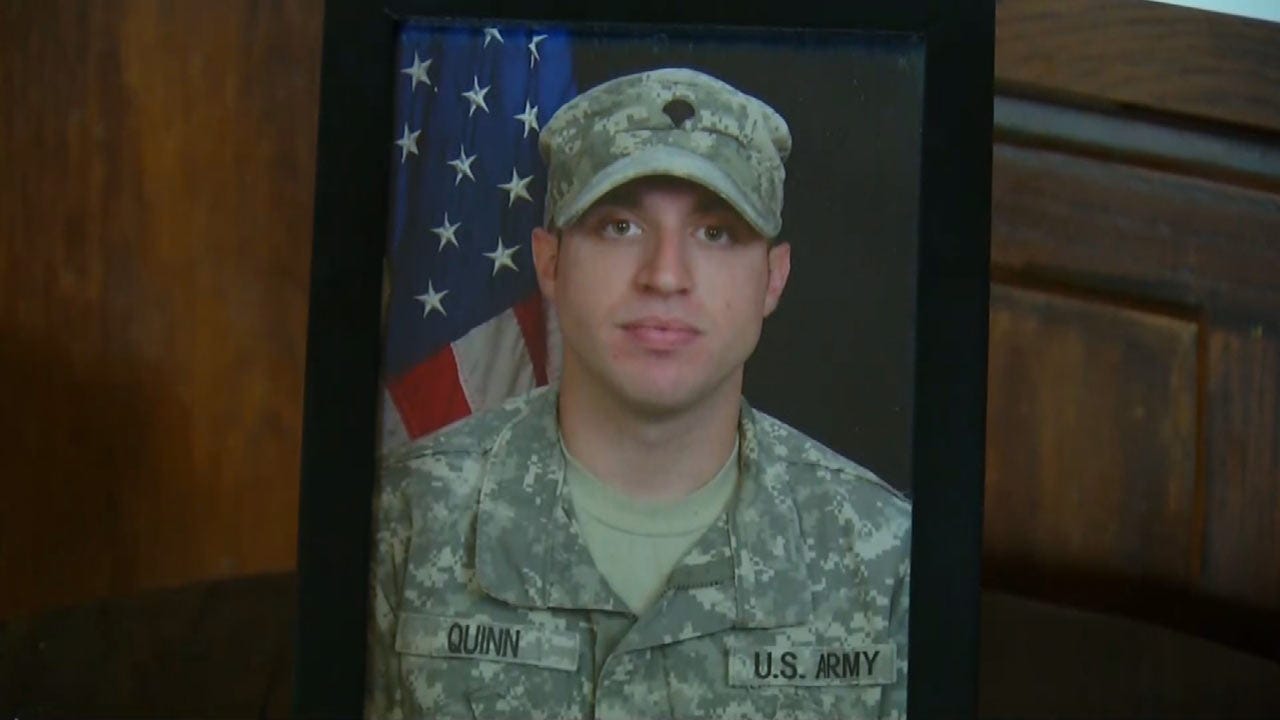 A military veteran who was missing for two weeks is now laid to rest in Sapulpa as family and friends said goodbye to Specialist Roger Quinn.

Quinn's family wants him to be remembered as a man who lived to serve others, both in the military and in everyday life.

"I never thought it would be peaceful. Very peaceful feeling to know he's no longer in pain," said Roger’s sister, Priscilla Quinn.

Hunters found Roger's backpack deep in the woods of Cherokee County last week and his body was later found about a mile away.

The 28-year-old served in Afghanistan with the Army National Guard and suffered from PTSD when he came home about five years ago.

"For someone who was struggling so much within his own, he never showed it outwardly. It's always everyone else before him," Priscilla said.

Priscilla doesn't want her brother to be defined by his struggles, but for his giving heart. His family said his dream was to build a small community for veterans.

"He wanted to build it all - one acre. Just a community for them to all sit together because they don't have that. That's who he was,” Priscilla said.

Husen was a substitute in Roger's classes growing up and remembered his giving heart, even as a child.

"He ran up and gave me the greatest, biggest hug I think I've probably ever gotten from a student. And he goes, 'Hi Miss Margaret, how are you today,'" Husen said.

Priscilla said, "He was a good person. He was very loved. He's gonna be missed very much."

The Patriot Guard Riders presented an American flag in honor of Roger, who was young enough to be their son, but consider him a brother.