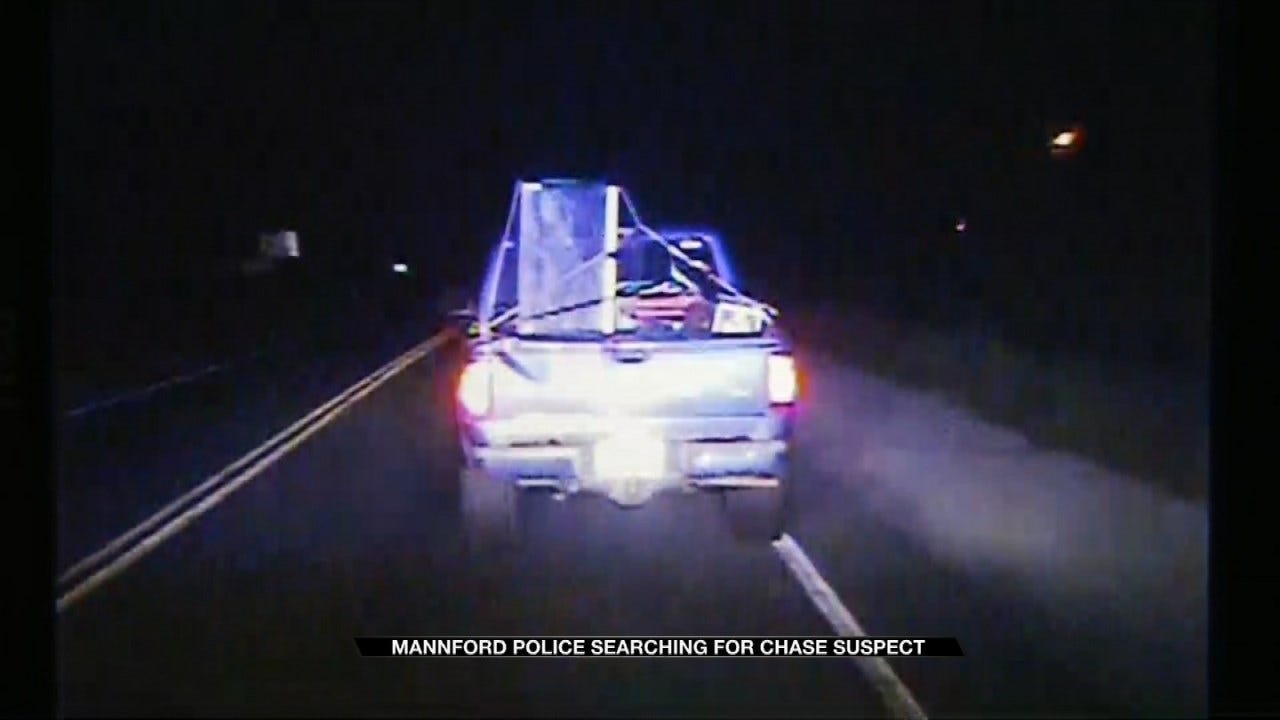 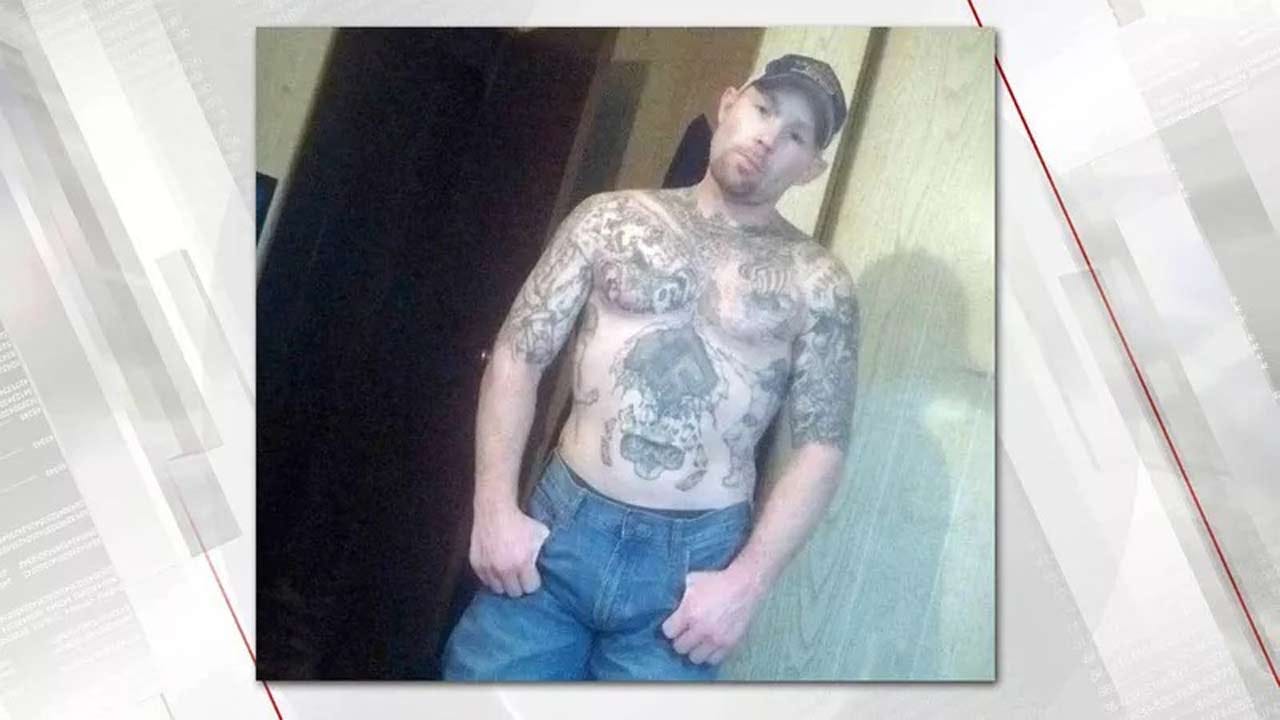 Mannford Police are on the lookout for a suspect who led them on a chase and tried running over an officer. That officer then shot at the suspect seven times.

Police don't know if he was hit by any of the bullets, but they're on a mission to find him.

"Officer Waltman told me that he was so close that he could read what kind of tires were on the vehicle," Chief Lucky Miller said.

In a police report, Waltman said he "feared that if he was successful at running me over it could kill me."

The gunfire comes after a chase that lasted nearly 20 minutes.

It starts at the In-N-Out near the Highway 48 and Highway 51 junction. Caudill takes off, speeding at 95 miles an hour down the road.

Near 61st Street and 401st West Avenue, Caudill's truck gets stuck in a pasture.

Waltman and his K9 Izzy get out of their patrol car at just about the same time Caudill is able to move his truck.

Waltman said the suspect then backs up, trying to run him over. He falls to the ground, and what happens next is what Waltman says made him fear for his life. Waltman moves his legs just in time before the tires run him over and is able to walk away.

Police said after Caudill ran over the officer, he drove off and hasn't been seen since.

Caudill is wanted on felony warrants in Creek County for weapons and drug possession.

"Some of his history is narcotic history, possession of a firearm after former felony conviction. He's not a nice person," Miller said.

Police consider Caudill to be dangerous, so if you see him, call 911.