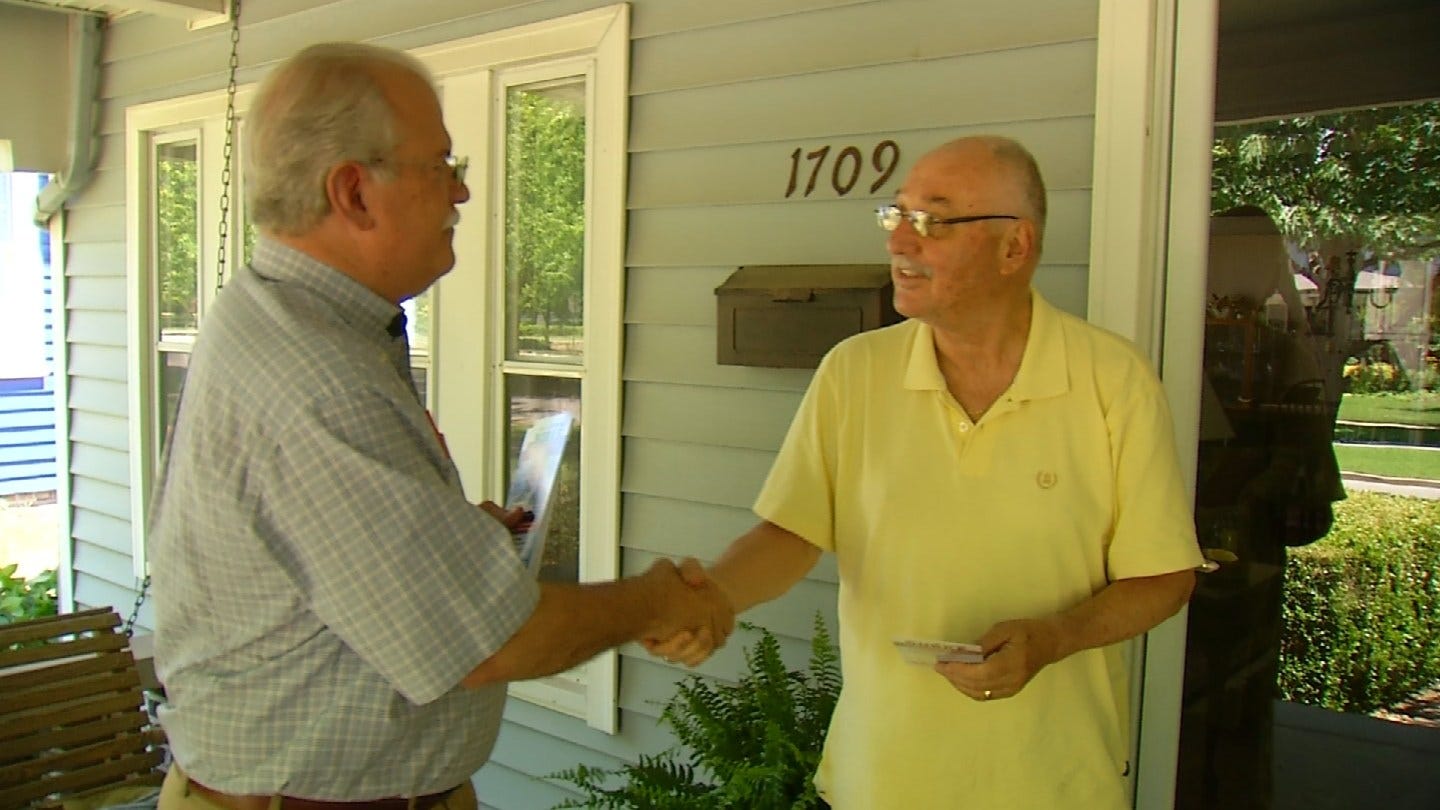 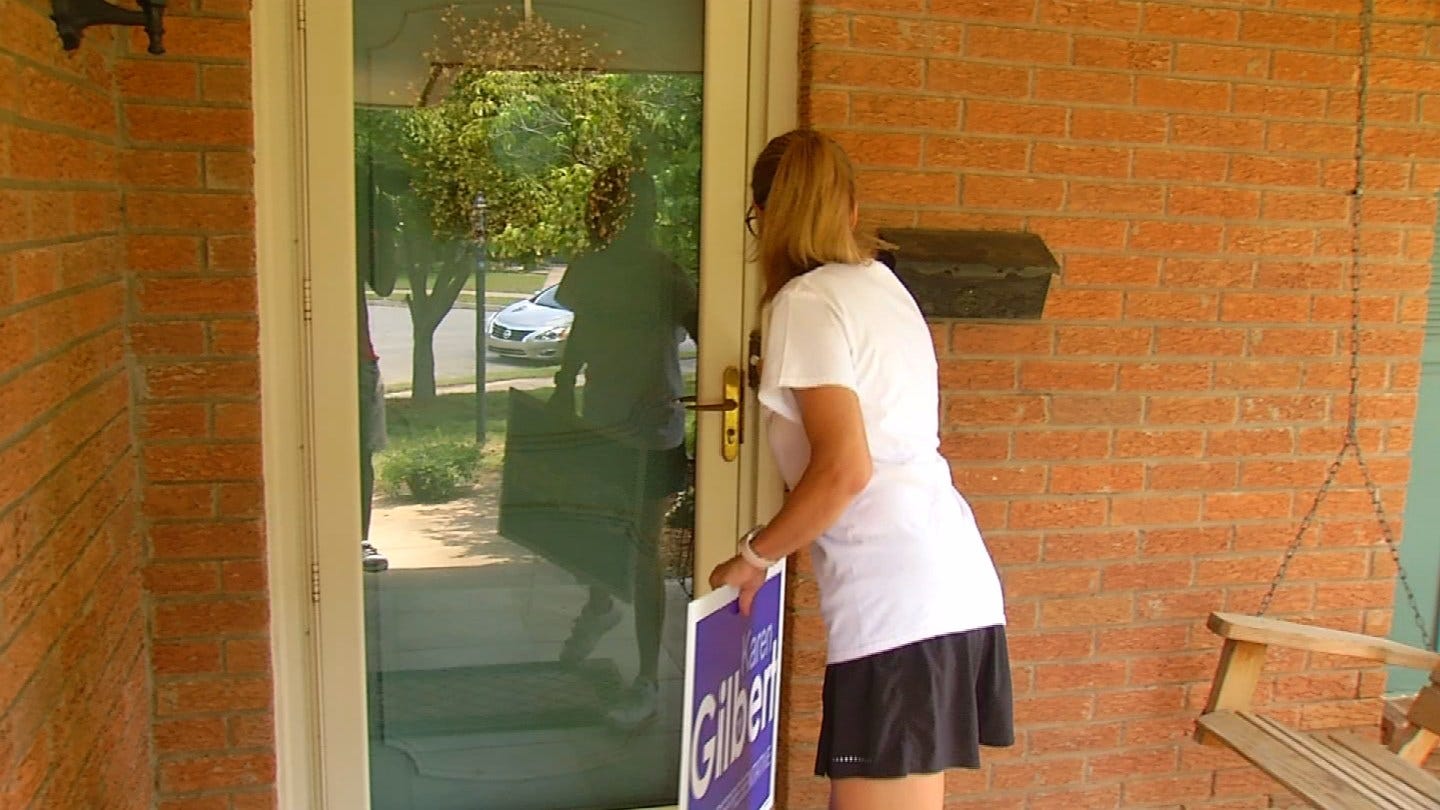 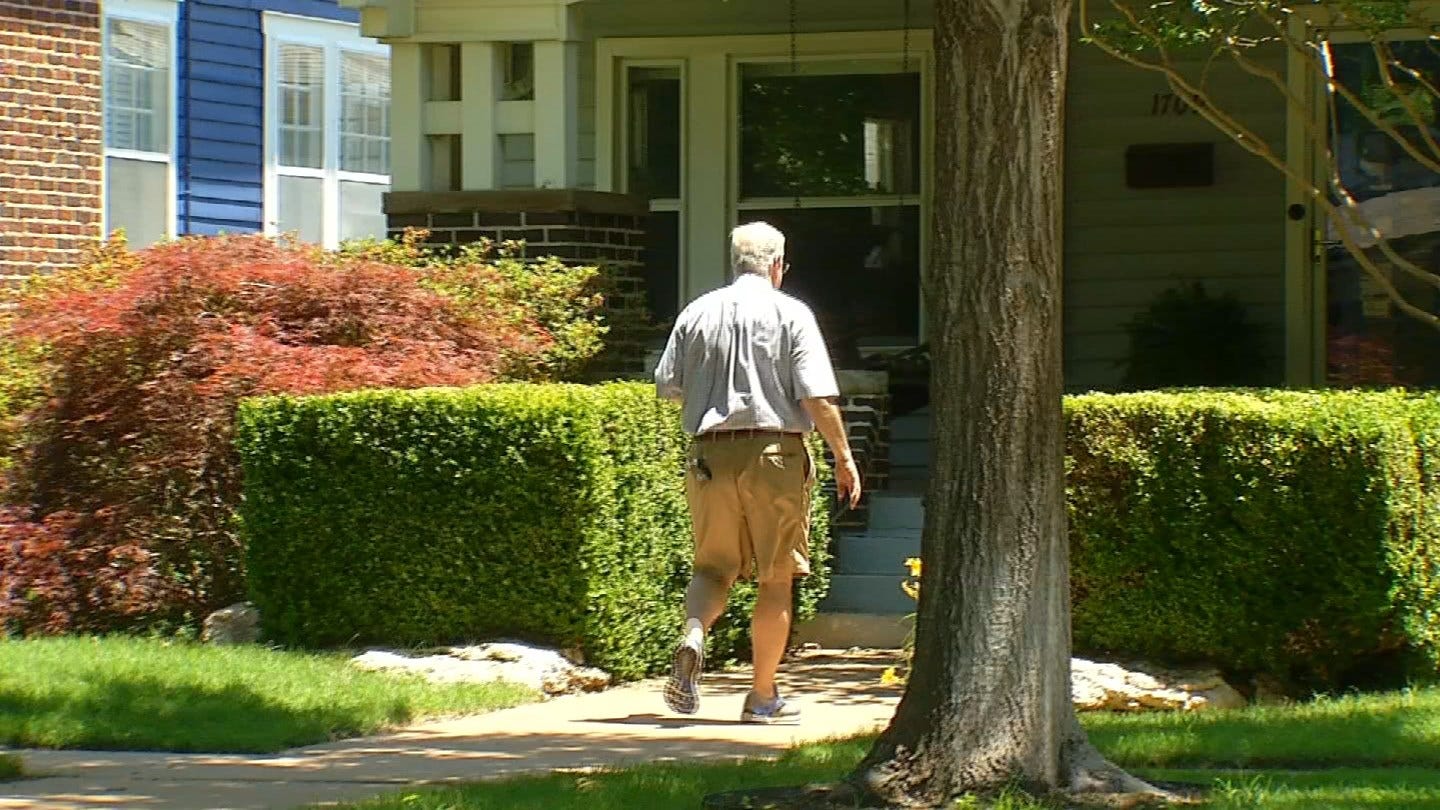 While many have a break from work for Memorial Day, that isn’t the case for candidates running for local and state government.

With only one month left until the primary elections, many candidates continued to knock on doors and put out signs over the holiday weekend.

Candidate Byron Burke is learning as he goes.

This is his first time running for office and he is hitting the streets trying to get his name out there for the Tulsa County Assessor job.

“These are 18-hour days,” Burke said.  “Most people have been real friendly and polite, but every once in a while, I’ll go to a door where someone doesn’t really want to talk and that’s fine.”

After starting his career in the assessor’s office in the ‘70s, he felt now was the perfect time to put his hat in the ring.

He says that “in every race, the governor’s race, congressional races, we are all at the same lunches and things and there are so many really good people in Oklahoma seeking office right now.”

She says Oklahomans are frustrated and that is why she ran for city council back in 2011.

“Being on the city council, I have gotten things done the last seven years and that is why I want to do this and bring things to the capitol and make Oklahoma great,” stated Gilbert.

Both Gilbert and Burke say they realize the importance of going door to door and making personal contact with their possible future constituents.

“I don’t know how many doors I have gone to that Oklahomans have said, ‘wow, you’re the first politician that has come to my door,’” Gilbert said.

The primary elections are set for June 26th.