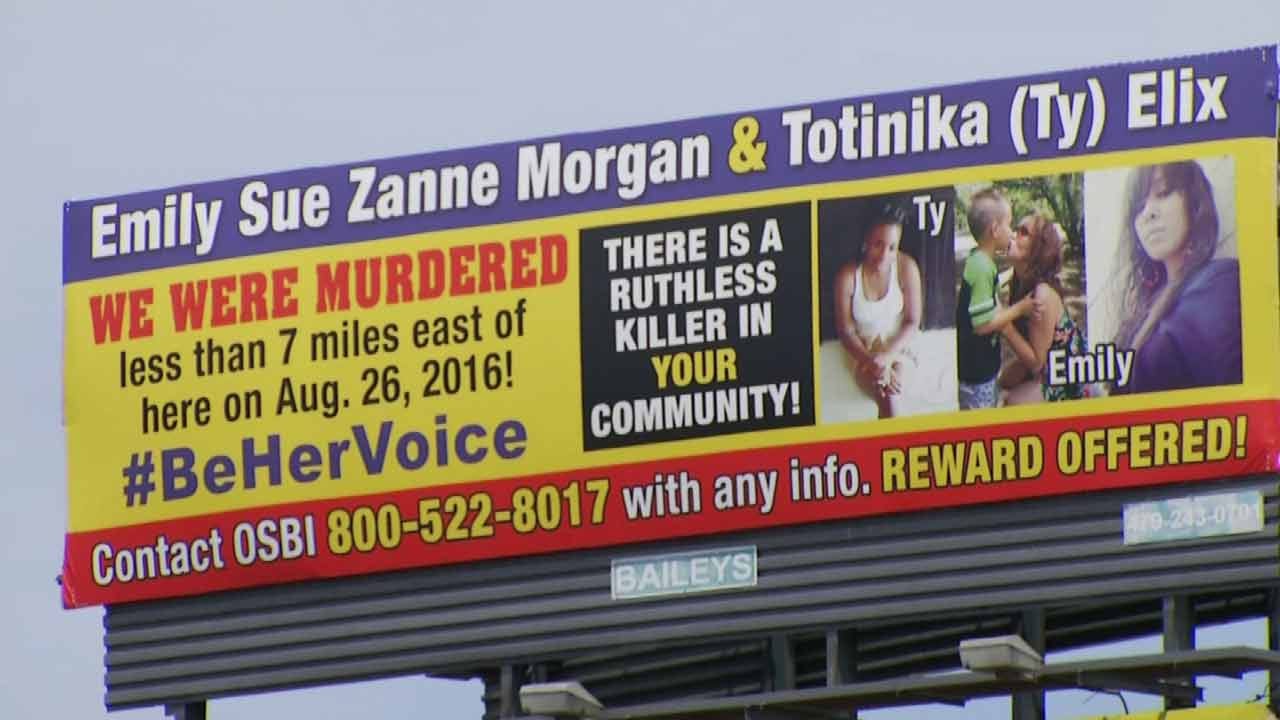 A McAlester mother said a movie inspired her to try a new way to find the person who killed her daughter.

Someone shot and killed Emily Morgan and her friend almost two years ago, and Morgan’s mother is hoping to learn new information.

There are a lot of billboards just off Highway 69 near Comanche; and, if you look closely, you'll be reminded you of two unsolved murders.

Drivers in the northbound lanes will see pictures of Kim's daughter, Emily Morgan, and her friend, Ty Elix.

"Whenever I think of her, I think of a woman that empowers other women," Merryman said. "Ty was a kind and funny person."

The Oklahoma State Bureau of Investigation said the two friends were shot and killed in Emily's car in Bache in August 2016.

Merryman said now it's time to do something bold.

The movie Three Billboards Outside Ebbing, Missouri inspired her decision to put Emily and Ty's pictures somewhere everyone will see them.

"I saw that the mother in that movie wasn't gonna quit no matter what. And that has been how this journey has been for me," Merryman said.

She plans to put up more billboards and hopes they won't have to stay up for long.