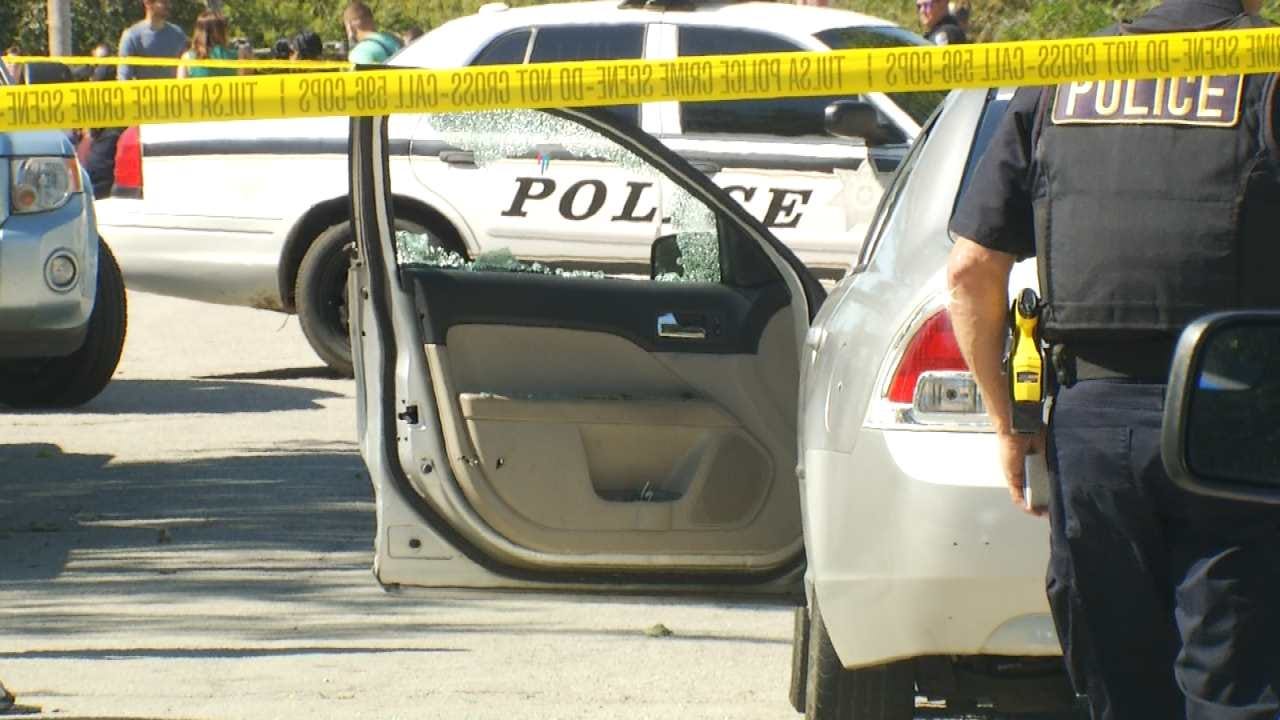 Tulsa police are searching for whoever shot a man to death in a car Thursday with his two-year-old child still inside.

The murder is the city's 69th homicide of the year.

Officers said there are several things that contribute to high homicide rates in Tulsa, but in order to create change, law enforcement and the community are going to have to start working better together.

"I'm tired of it. Every other day there is somebody killin," said Tulsan Sharon Walker.

In the middle of a Tulsa crime scene, Walker pleads for peace.

Police said a man was shot to death in his car while his two-year-old daughter sat behind him in the backseat.

The child was not hurt.

This homicide puts the city about a month ahead of 2016'S record-setting numbers.

Retired Tulsa Homicide Sergeant Mike Huff said there are many reasons why murder rates are rising in Tulsa, and one of them is an understaffed police department.

"The police department has not caught up with the layoff of a few years ago,” said Huff.

"With lack of manpower comes lack of being able to really aggressively enforce drug crimes," he said.

Huff also said there aren't enough people willing to give information to police when they have it.

"People need to stand up and say that there are going to participate. They are going to be a part of the solution rather than encouraging the problem," he said.

While the homicide rate in Tulsa this year is trending for an all-time high, Huff said the Tulsa Police Department also has one of the highest homicide solved rates in the country.

"The community expects success but they don't realize that success is 58% nationally, and those guys deliver 90-100% every year," he said.

"If you see something going on. Tell it! Tell it, stop being afraid [because] you're [going to] die one day. Let's die saving somebody else's life," said Sharon Walker.

There will be a prayer vigil for the community at 3 p.m. on Oct. 28 at Berrypark.