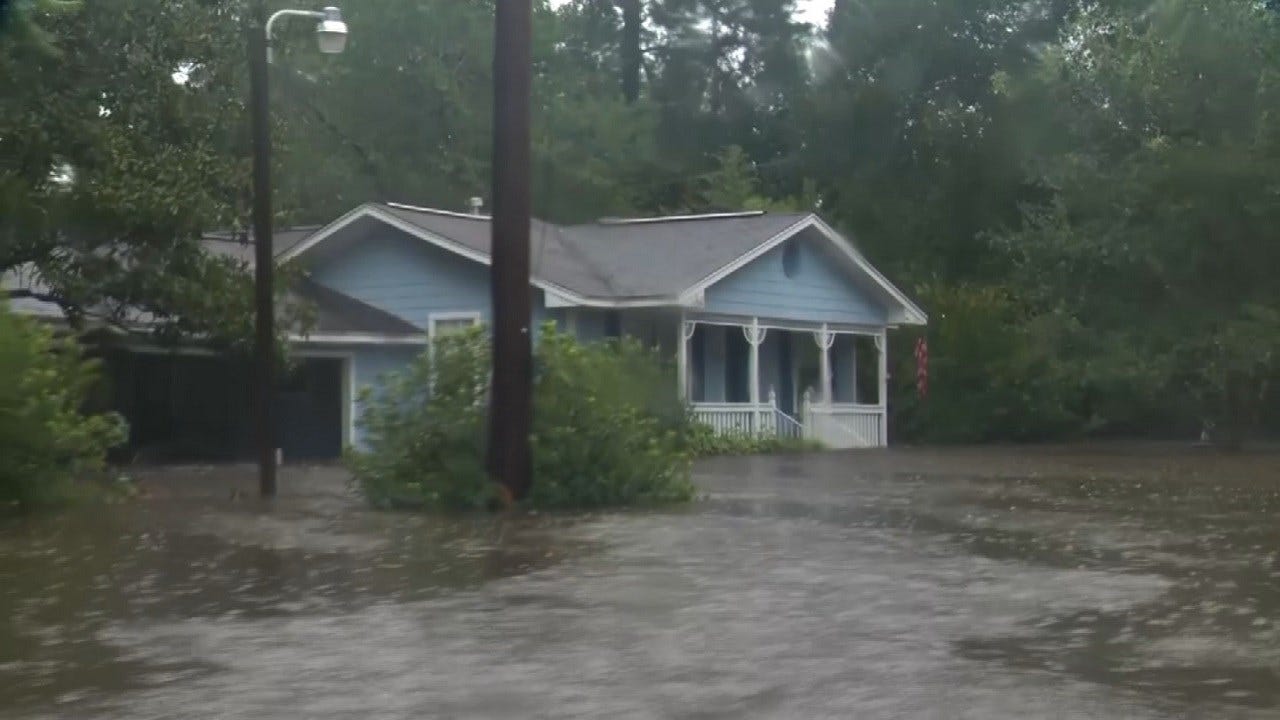 The amount of flooding in Houston can be hard to understand, so we wanted to know what a 500-year flood would mean in Tulsa.

Houston's flood is far beyond what's believed possible for Tulsa, but even a 500-year flood would inundate more than 10,000 homes.

Even after a career managing flood plains, Bill Robinson cannot imagine what he's seeing from Houston.

"I can't even. I don't know what frequency storm that would be to get that kind of storm — a 10,000-year flood? I don't know, no one has ever gone that far," Robinson said.

But in Tulsa, Robinson can visualize what flooding can do to the city.

The city has maps that show which homes will flood in a 10-year or 100-year flood.

"We still have over 2,000 homes in the FEMA flood plain," Robinson said.

Since then, the city spent $500 million on flood control and bought out 1,000 homes.

Lately, spending has dwindled and there's a $135 million backlog of projects.

The levees are the most expensive single project on the list.

"The levees were built in the 1940s during World War II and they were to protect the refineries during the war. The way they're built wouldn't even work with current standards because they were mainly built out of sand dredged up from the river," Robinson said.

Robinson said it's impossible to consider Houston's flood to Tulsa's landscape, because even a much smaller event would devastate Tulsa.

Even the maps for a 500-year flood show the river flooding west Tulsa, and east into the city, as far as Lewis Avenue.

Anyone in Tulsa can get an official report on the flood history of their property.

To get that, call 311 or go visit www.cityoftulsa.org.