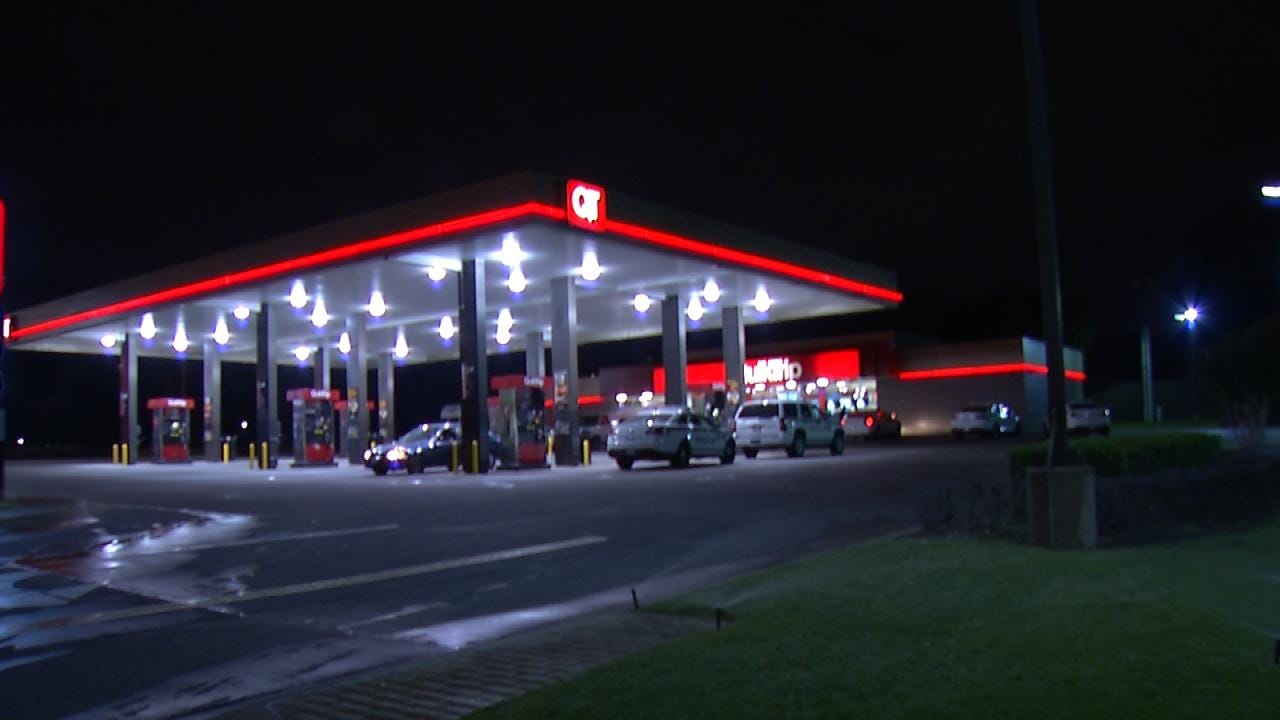 Police are looking for a man who fired shots at a car parked at the gas pumps of a Tulsa QuikTrip early Wednesday.

Officers were called to the convenience store near Admiral and Harvard at 1:40 a.m.

Police say the victim was putting gas into his car when he told officers he saw someone he knew drive up.

There was apparently an argument and the victim said that is when the man pulled out a pistol and fired at his car.  The shooter then drove off.

The victim said he followed the shooter, before pulling into another QuikTrip and called police.

Police found a bullet hole in the victim's car, and a shell casing on the ground at store at Admiral and Harvard.

After looking at store's surveillance video, police say they were able to see a passenger in the suspected shooter's vehicle.