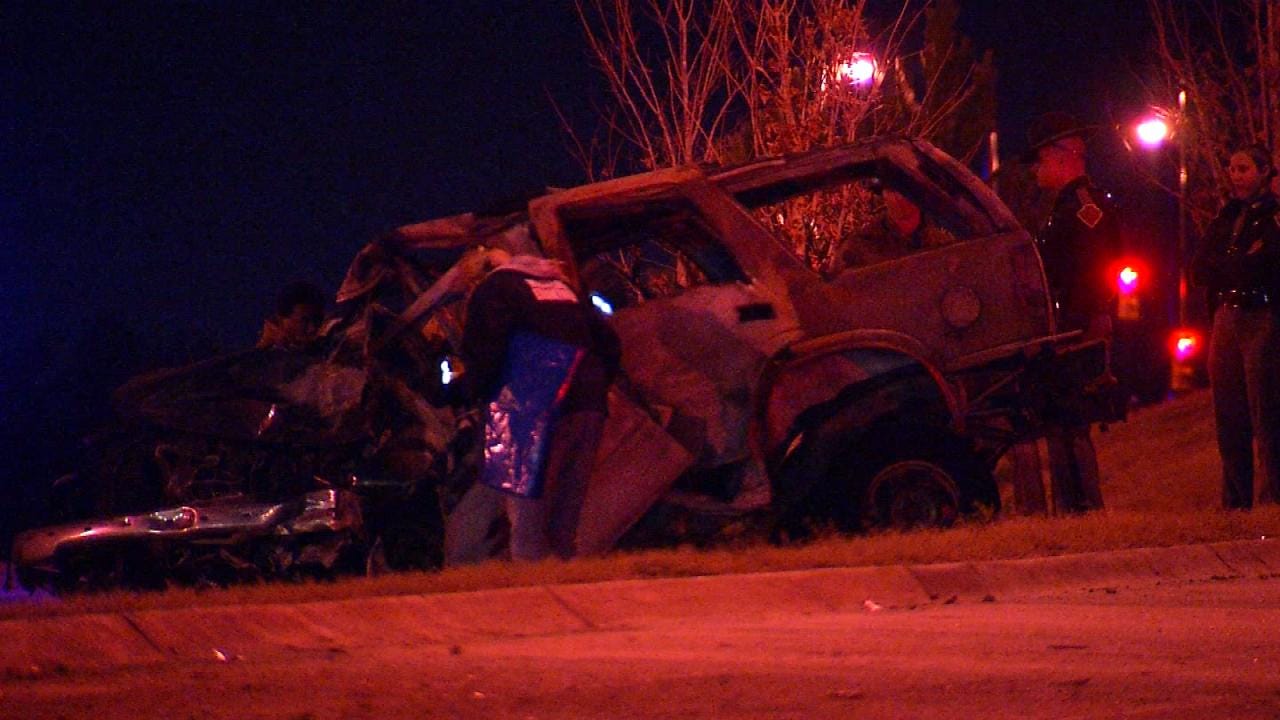 The Oklahoma Highway Patrol says one person is dead and another injured after an SUV hit a pole then caught fire overnight.

Troopers said the crash happened at around midnight. They believe the driver was attempting to exit the highway when the Chevy SUV hit the pole near the Lewis exit on Interstate 44.

The Tulsa Fire Department put out the fire. Paramedics said one person died at the scene, EMSA took the other to the hospital.

The names of the victims have not been released.