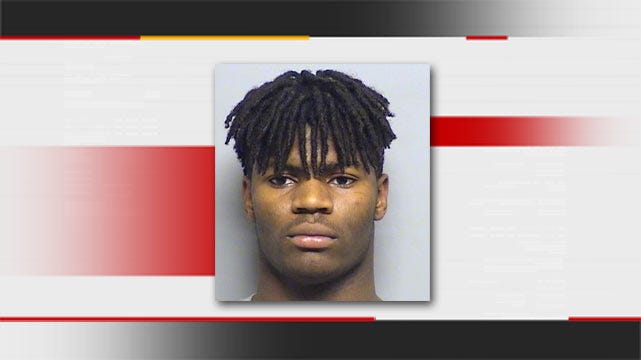 A former Broken Arrow High School football player who signed with Oklahoma State has been released from the Tulsa County jail after his Wednesday arrest for shooting with intent to kill, armed robbery, kidnapping and burglary.

According to Tulsa County jail records, Devon Thomas, 18, posted bond and was released at 2:50 p.m. on Sunday after his late Wednesday arrest. He was being held in lieu of $315,000 bond.

Police arrested Thomas, Eduard Smith, 18, and Decarrio Taylor, 18, in connection with an incident in the 100 block of East Madison.

A fourth man, Emmanuel Tayler Scott, was booked into the Tulsa jail early Sunday morning on armed robbery, shooting with intent to kill and conspiracy to commit a felony complaints. He is being held on a $145,000 bond.

The victim told police the trio robbed him at gunpoint and took "his shoes, money, clothing and marijuana." As the victim left in his vehicle, he told police one of the suspects fired at him, narrowly missing his head.

Thomas, who was a four-star prospect his senior year, set the single season rushing record for Broken Arrow as a sophomore running back, according to his recruiting profiles.

Thomas signed with OSU in February and reportedly was an early enrollee.