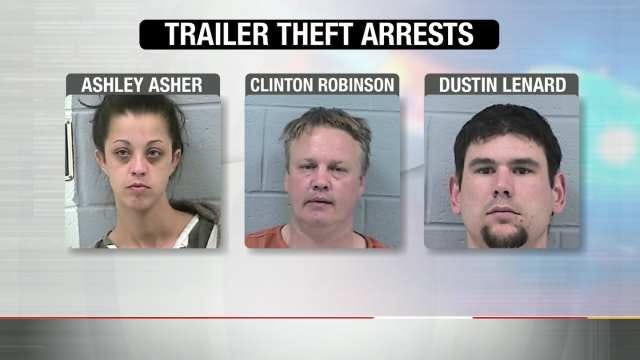 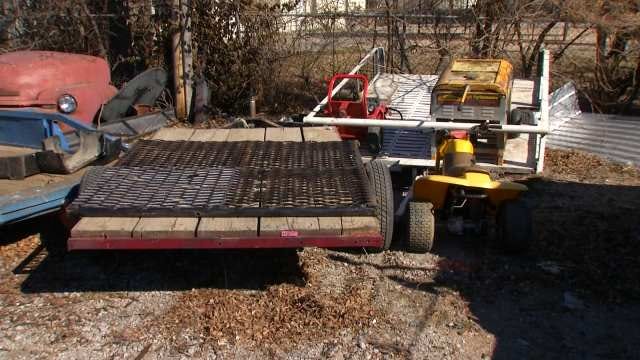 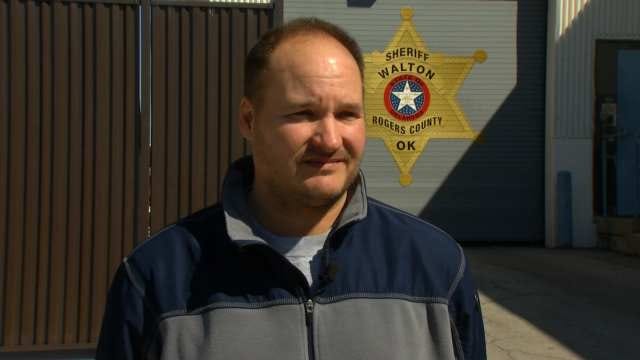 A bait and hook caught thieves in the act of stealing a trailer, before they could even make it out of the parking lot, according to Rogers County deputies.

Rogers County's THUG Task Force is using GPS to put an end to the big-time problem.

Trailers are a hot commodity in Rogers County; thieves steal and re-sell them for about a thousand dollars. That's exactly what deputies said three people were trying to do early Thursday morning when deputies tripped them up.

Deputies said the three are the first in Rogers County to fall for their new trick.

One Claremore storage unit has been targeted by burglars, particularly those stealing trailers. Deputies decided to set a trap; a trailer with GPS, ready to track thieves. Six days after parking the trailer, someone took the bait, making it just 75 yards before being caught.

"They latched onto the trailer last night, they hit some of the units out there, we had enough time to get a deputy on scene, make the stop, make the arrest. It couldn't have worked better," Walton said.

Deputies said the three don't work for a living and likely steal for drug money. That gets under Adren Cottom's skin, who had his own trailer and tools taken.

"I use these tools to make a living to feed my family. If they needed help, I'd rather give them something." Cottom said. "Why take something from somebody who worked hard to get what they have."

He commends deputies for this trailer trick.

Walton is now warning thieves that his deputies plan to pull this stunt again and again.

The sheriff's office is already planning to use the trailer with GPS in the next few weeks.