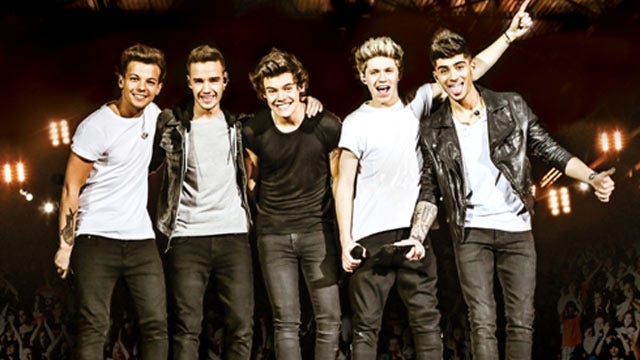 The group One Direction is coming to Tulsa next year.  The English-Irish boy band released dates for the North America leg of its "Where We Are 2014" tour with a stop at the BOK Center on September 23, 2014.

Their tour kicks off in August 2014 in Toronto and includes its only stop in Oklahoma the following month.

"We simply can't wait to be back in North America touring and to see our fans," says Niall Horan.  "It's going to be absolutely huge!"

Tickets go on sale on December 7 at www.livenation.com.