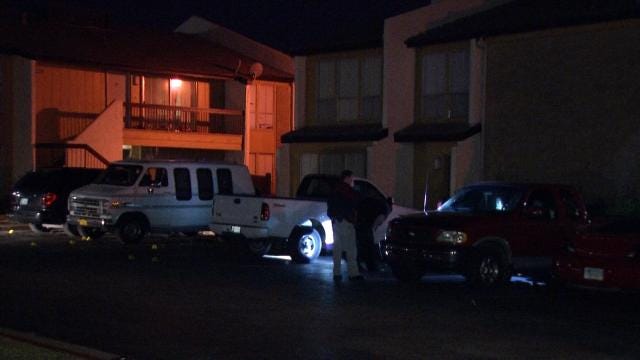 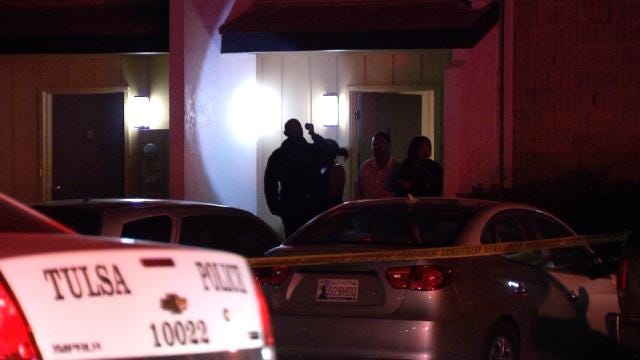 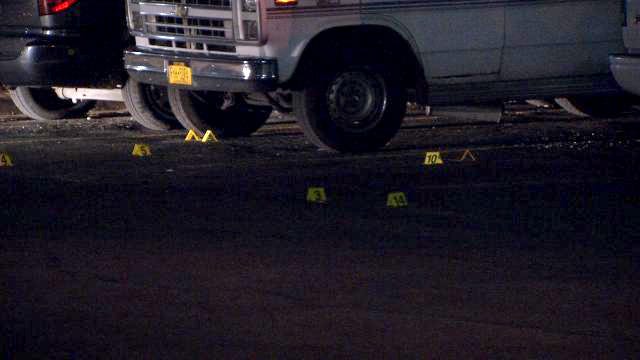 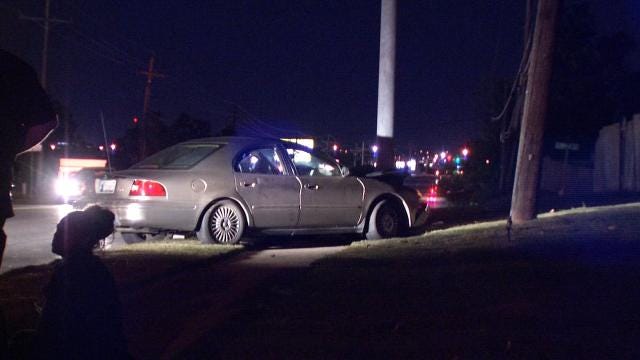 A shootout at the Westminster Apartments in Tulsa left one man wounded and sent bullets flying into nearby cars and an apartment where three children were present.

Shortly before 11 p.m., police got several calls about a shooting at Westminster, 4800 South 74th East Avenue.

By the time officers arrived, they found a man lying outside, shot in the leg. Witnesses say at soon as the man showed up at the complex, bullets started to fly.

The victim's Dodge Magnum and three other vehicles were hit with bullets. One bullet went into an apartment through a window and stuck in a wall. A woman and three children were in the apartment, but no one hurt.

Police believe the crime was planned as the shooter ran to a getaway car where someone was waiting behind the wheel.

About the same time as the shooting, Tulsa Police received a call about a car wreck a few blocks away. Police found an abandoned car that had hit a pole on the south side of 51st Street and 76th East Avenue.

A woman showed up and told officers it was her car that she had loaned to a friend. Police say she loaned it to her boyfriend, and it may have been the getaway car used in the shooting.

Police are still investigating, and they say the shooting victim has not been very cooperative. If you have any information that can help them, call 918-596-COPS.