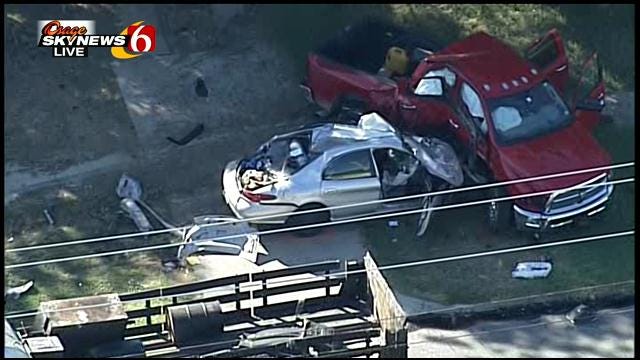 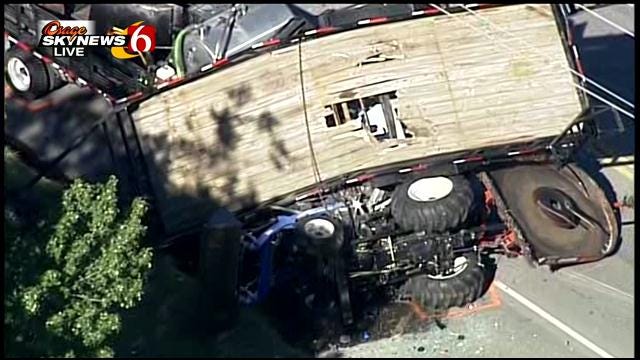 A Tulsa Police cruiser had been following one of the vehicles - a silver sedan  - for a possible seatbelt violation when the sedan took off, according to Tulsa Police.

The sedan hit a Tulsa Fire Department Captain's personally-owned pickup. The captain's truck was hauling a trailer with a tractor which overturned on the road.

Sergeant Chris Witt of the Tulsa Police Department said the officer had lost the suspect vehicle and was not involved in an active chase at the time of the wreck.

The man driving the silver sedan was critically injured. The fire captain was taken to the hospital with possible broken ribs.

The driver of a third vehicle wasn't hurt.