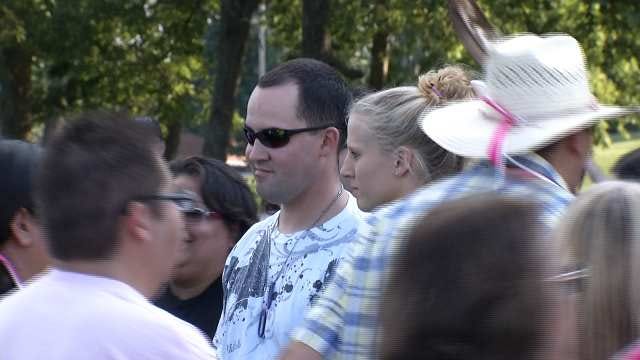 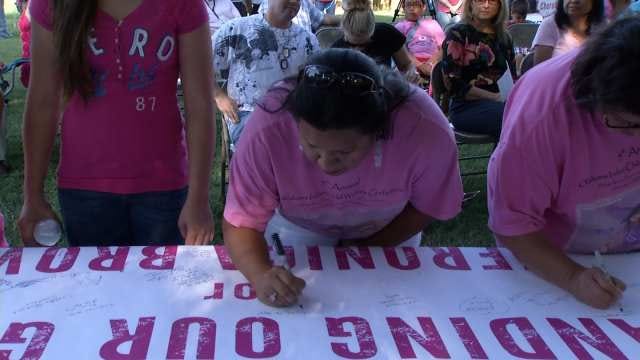 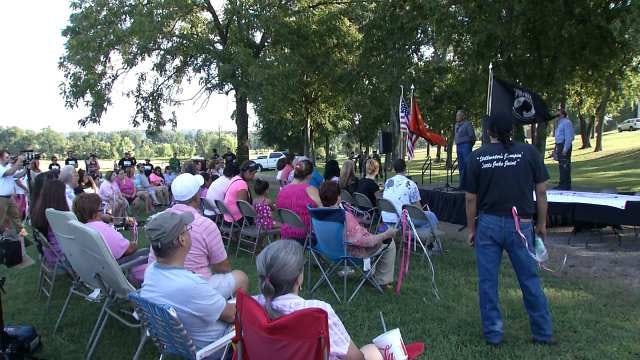 Members of the Cherokee Nation pledged their undying support to little Veronica's biological father, as details of the girl's court hearings were revealed Monday.

The Cherokee Nation held a rally in Tahlequah after several new developments in the custody battle.

The lawyer appointed to look out for Veronica's best interests wants the visitation rights of the adoptive parents suspended.

Meanwhile, some Cherokees said they'll stand with Dusten Brown until they can't stand anymore. They wore pink - Veronica's favorite color - and danced, prayed and surrounded her father in support Monday.

"Thankful for the Cherokees, the Nation and everything that they've done. Thank You," said Dusten Brown, addressing the gathered crowd.

Brown is under a gag order with Veronica's court cases, so his fellow Cherokees did the talking.

"He needs to fight for his daughter. She is his, she is his blood and she needs to know her heritage. Too many Cherokees don't know their heritage and its a sad thing," Martin said.

Matt and Melanie Capobianco have promised that Veronica will know her heritage. They came to Oklahoma to get her after a South Carolina court awarded custody.

But Brown isn't handing the girl over while there are still pending court cases in Oklahoma.

Veronica's attorney, Angel Smith, has now asked the Cherokee County District Court to suspend the Capobiancos visitation rights with Veronica until a hearing is held.

The Capobiancos filed their own motion, objecting to that request.

"How would they feel if they were taken away from their parents? She belongs with her dad," said Lynn Adair, of the United Keetoowah Band.

"I cannot imagine being the father, fighting to raise his baby," Baker said.

On a giant banner, Brown supporters left him words of encouragement for the long road ahead.

Brown's attorneys are preparing for his September 12, 2013 court date involving his arrest for custodial interference. However, a custody transfer could happen before then.

Oklahoma courts could rule at any time that the South Carolina adoption order must be upheld.