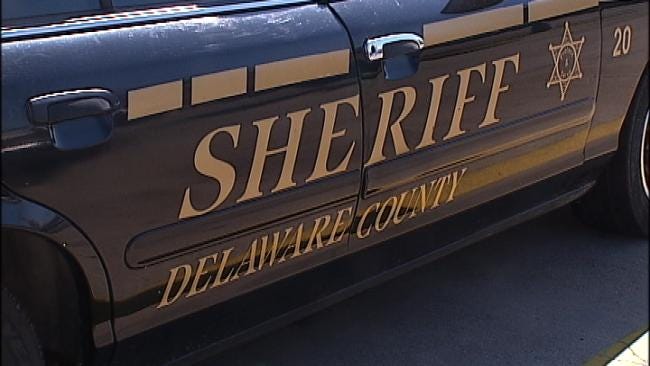 A neighborhood altercation ended with a Jay man shot in the arm, according to the Delaware County Sheriff's Office.

It happened Thursday evening at the Lakemont Shores subdivision.

Carl Hughes, 50, was wounded after a neighbor says Hughes tried to kick in his back door.

Jay resident Kirk Edwards called 911 shortly after 5 p.m. to report he was having a problem with his neighbor, according to a release from Delaware County Sheriff Harlan Moore. Edwards called back a few minutes later saying the man was trying to kick in the back door of his home.

The emergency operator heard a loud noise, and Edwards told him he had shot neighbor Carl Hughes.

The Sheriff, who lives nearby, was first on the scene. He and other investigators found Hughes lying in a yard nearby with a gunshot wound to his left arm and two small punctures to the abdomen, according to the release.

Hughes was "intoxicated, uncooperative and threatening to the investigators," Moore said.

The Jay man was flown to a hospital in Joplin where he underwent surgery late Thursday.

Sheriff Moore said his office is investigating and will turn their findings over to the Delaware County District Attorney's Office.