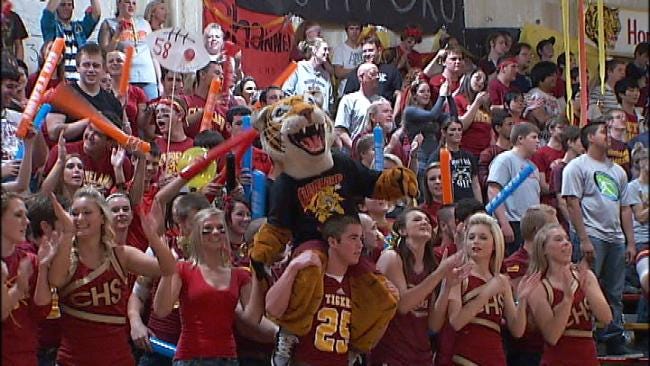 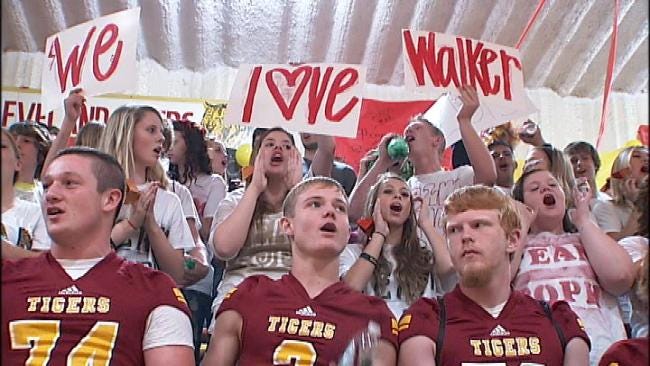 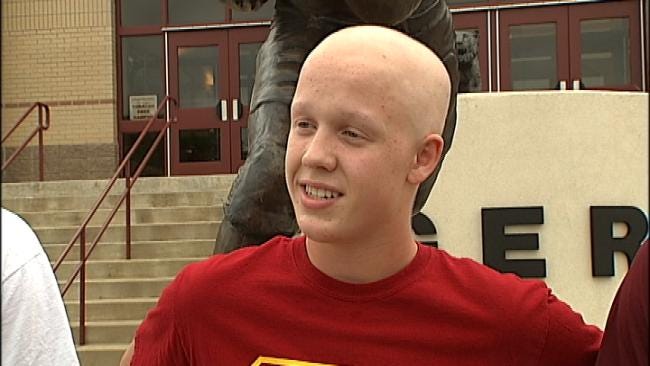 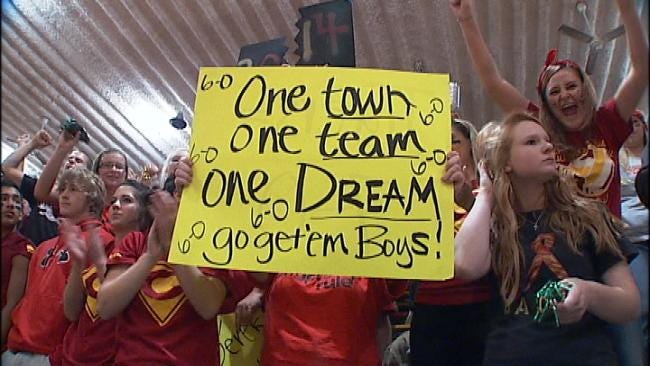 Folks in Cleveland went to the football field Friday night, looking to tie a feat that has stood for 60 years.

"It's been a lot of fun so far. Things have been great," said Cleveland High School principal Alan Baker.

As the award-winning Cleveland Tiger Pride Band and cheerleaders pumped up the crowd before a football game that was for the record books, for the first time since 1972, the team was off to a 6-0 start.

Before the Friday game, the Tigers were determined to make that 7-0, which hadn't been done since 1952.

"We had a goal since the beginning of the season," senior linebacker Josh Ratliff said. "We want to get to the playoffs, something Cleveland hasn't done in a long time, and right now, we're on the right track."

But there's another motivating factor for this team.

His name is Walker Griffith.

"It's kind of a drive for us, you know? We're tired in a football game and we're kind of getting down on ourselves, when Walker's going through cancer and he's got a smile on his face 24/7," senior quarterback Chas Stallard said.

Griffith's fight has inspired the Tigers to fight even harder.

"He's such an inspiration to all of us. He really is, and I think he's that little bit of extra drive we have every game," Ratliff said.

And Griffith said he's inspired in return, by his teammates.

"It's just so cool how the team is doing this all for me. It just inspires me to conquer this fight of cancer," Griffith said.

After witnessing years of rough seasons, he said it's great to see the Tigers back on top.

"I think all us old-timers are so proud of our team and our coaches and the school system itself and support that the students give and so on," said Ron Shipman, Former Cleveland football player.

"It's a good time to be in high school sports, especially in Cleveland, Oklahoma."

The Tigers hope their motto, "One town, one team, one dream," will carry them all the way to the championship game.

Cleveland played Miami Friday night at home and secured its seventh straight win of the season. The Tigers also shut out the competition 41-0 and secured a spot in the Class 4A playoffs.

Next week, the Tigers and perennial powerhouse Wagoner will face off in a battle of the unbeatens.

Check our High School Football Scoreboard for all of Friday night's scores.