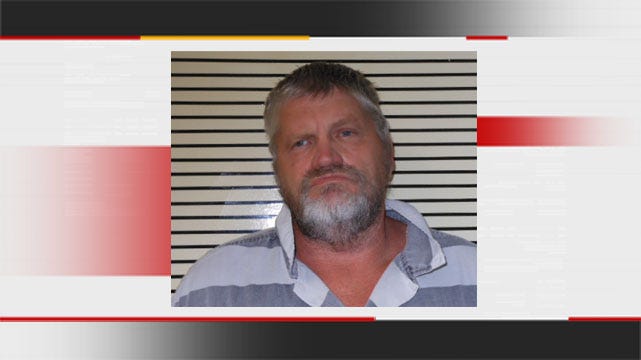 The lack of rain and heat are warming up tempers across rural Oklahoma. One altercation culminated Tuesday when a man in Wagoner County was reportedly shot during an argument over two hay bales.

Donald Dickerson, 60, of Wagoner, was arrested for allegedly shooting an Okay man in a dispute over hay, which was located on third-party land near Okay.

Dickerson was booked into the Wagoner County Jail on a shooting with intent to kill complaint. Dickerson is being held on $50,000 bond.

Court records identified the man shot as Marlin "Bill" Truman. Truman is in critical but stable condition at a Tulsa hospital. He drove himself home, then drove to a local fire department to report he had been shot, Wagoner County Sheriff Bob Colbert said.

Truman was flown to Tulsa by medical helicopter and was able to tell emergency personnel the name of the man who shot him, the Muskogee Phoenix reported.

Truman reportedly told Dickerson he had permission from the land owner to take the hay. An argument ensued, and Dickerson's family told deputies Truman wielded a shovel, so Dickerson shot him.

"Everybody needs to get ready and look at the bigger picture, because we're getting ready to see a lot more of this," Colbert said. "We're already seeing hay-stealing and cattle theft. The heat, the temperatures, the drought, the rising prices – that it would evolve into a gun – it's so stupid."

Investigators have recovered a handgun and a single shell casing, Colbert said. At this time, it is still unclear if the victim was only shot once, he said.

The dire circumstances offer a good theory to why the argument escalated, Colbert said. "We are in a burn ban, a state of emergency for the drought. It's 110 degrees. It's just the beginning."

News On 6 earlier this year reported several cattle were butchered for stolen meat in neighboring Rogers County and other counties.

It is a huge financial hit every time it happens, ranchers said.

Also, with a drought gripping the Southwest, farmers are having a tough time affording to feed and water their cattle. Instead of feasting on green summer grass, livestock are dipping into the hay supply intended for winter.

Beef and hay prices have been on the rise as a result.

Colbert said he's even seeing cases in Wagoner County of "people baling weeds and selling bundles of weeds as hay. If we don't see some rain, it's going to get crazy. People are getting testy. I just didn't think it would be this quick."

The hardship on ranchers will almost certainly be passed to consumers, the U.S. Department of Agriculture said last week. Groceries are projected to rise 3 percent to 4 percent in 2013.