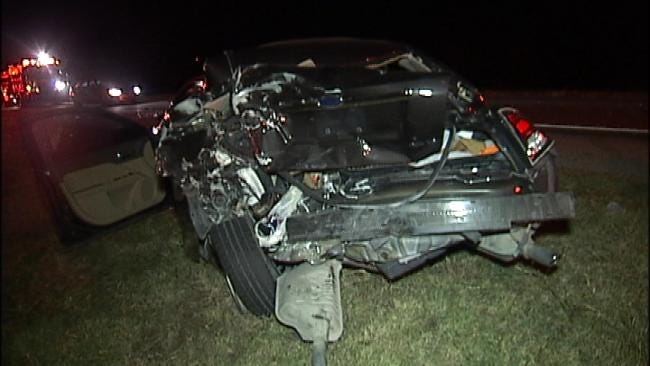 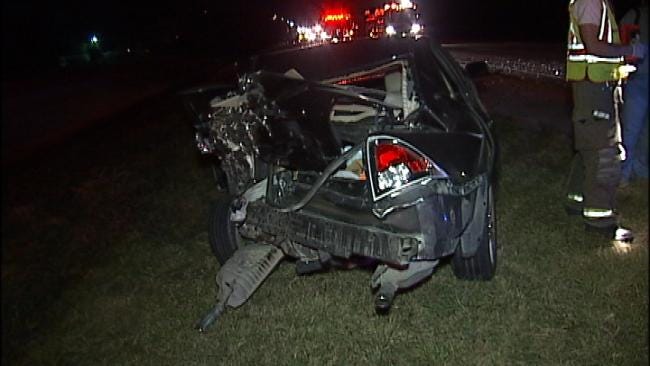 CREEK COUNTY, Oklahoma -- A Sand Springs woman is dead following a collision on a Creek County highway outside Sapulpa. Shelly Renae Vanbeber was struck and killed by a pickup just before 11 p.m. Friday on State Highway 97 at 78th Street South.

Oklahoma Highway Patrol Trooper Russell Callicoat said Vanbeber was outside a car that was disabled after hitting a deer.

"According to some of the witness statements, no, there were no lights activated on the car that had just struck the deer," Callicoat told the News On 6.

Vanbeber had three passengers in the car, including her teenage daughter, he said. She got the three girls off the road to safety but then went back to her car, according to the OHP.

A pickup truck hit the 45-year-old Sand Springs woman, and she was pronounced dead at the scene from massive head and internal injuries.

A passenger in the pickup, 48-year-old James Suppes of Tulsa, was treated and released for a head injury.

The driver of the pickup truck, 47-year-old Marcia Lynn Rainey of Sand Springs, had the smell of alcohol on her person, according to the Oklahoma Highway Patrol. She was not injured.