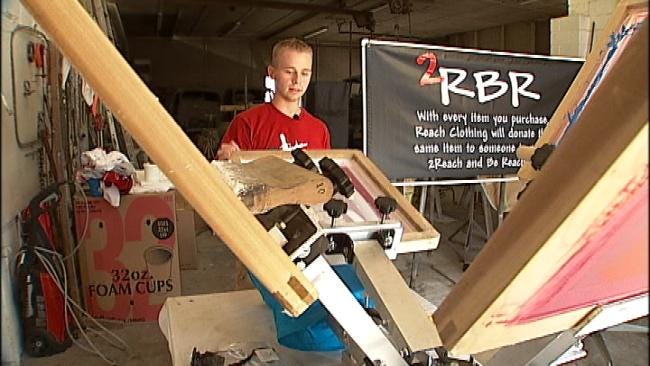 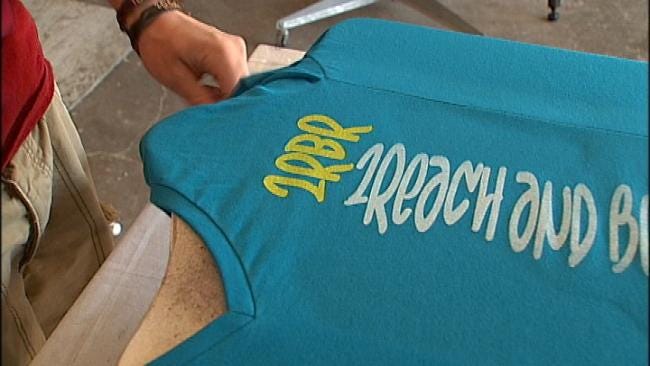 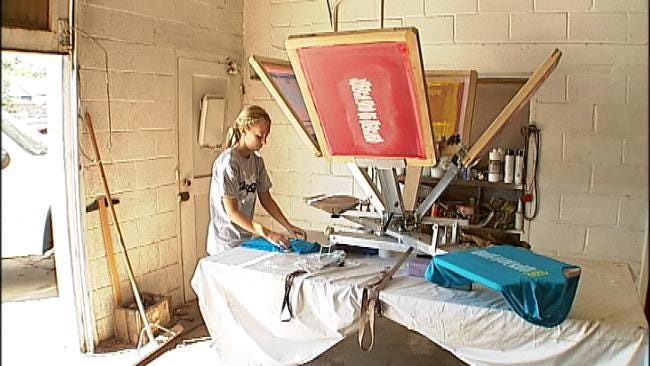 COLLINSVILLE, Oklahoma -- A T-shirt can be a powerful thing. A simple T-shirt might reduce bullying, increase self-esteem, and - if dreams come true - help millions of kids.

Inside a garage in historic downtown Collinsville is the beginning of a very big idea.

"I initially heard about a third grader who was being bullied for wearing the same T-shirt to school every day," said Tyson Baker.

He knew about the Tom's Shoes model of "buy a pair, donate a pair," and he thought - why not with T-shirts.

"Why couldn't I start a clothing company using that same simple idea," the Collinsville teen said.

Tyson got a small business loan, found an Arkansas company, bought some screen printing equipment and had to learn to use it.

Find out more about Reach Clothing

Then he had only a month to practice and get enough shirts printed to launch his website. He's taught himself enough graphic design to create his T-shirt designs.

This is really a one man operation - actually one man, one girl friend.

Alyssa Cohenour is what he calls his expert bagger-tagger. Each one comes with a coordinated bracelet with the logo 2RBR standing for "To Reach And Be Reached" - which is sort of a mini mission statement.

Here's how it works. He sells 250 shirts and donates 250. The first donation was to Owasso Community Resources. A little girl was the first get a T-shirt at a back-to-school event in August.

It's a reminder of where this all started. Where it's going is something of big dreams. He wants to eventually expand beyond T-shirts to pants and regular shirts.

"If I can offer clothing then the students and kids can have new clothes," Tyson said.

The Reach Clothing T-shirts will be available soon at Whole Foods Market in both Tulsa and Oklahoma City.