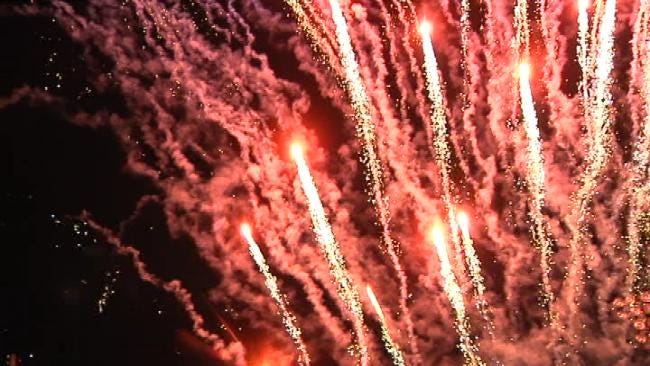 TULSA, Oklahoma -- The Tulsa Drillers have announced the regular Friday night Fireworks Show scheduled after Friday night's home game at ONEOK Field has been canceled due to the burn ban that covers the entire state of Oklahoma.

Under the ban, the Tulsa Fire Marshal office mandated that no outdoor fireworks display will be allowed.

The Drillers say fans holding tickets for Friday's Tulsa-Springfield game, whether used or not, may redeem them for like tickets to any other regular season game in 2011, including the two remaining Fireworks Shows.

"We hope that everyone will understand the Fire Marshall's decision to prohibit the display," said General Manager Mike Melega. "We know that many of our fans look forward to our Friday Night Fireworks promotion, but with the recent home fires in the Tulsa area, we realize the Marshall's concern."

Those attending Friday's game may make exchange their tickets at the Guest Services Window.

The baseball game has NOT been canceled.