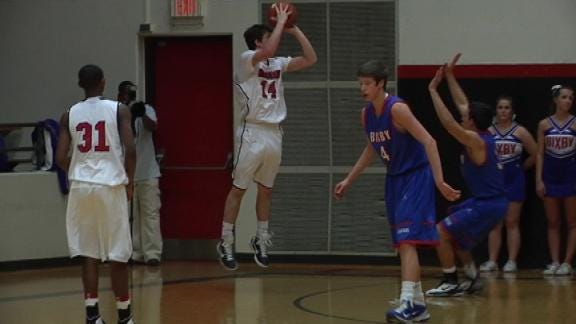 TULSA, Oklahoma – On a night where the Union football team was honored for winning their third-straight state title and finishing in the top 50 in the country, the Redskins boys’ basketball team faced a fight of their own.

The No. 4-ranked Union took on Bixby in the cozy confines of their old gymnasium. The Redskins jumped out to an early lead, but the Spartans wouldn’t go away. And at the half, Union was only up 25-22.

The second half was also a tight battle between the teams. But in the end, Union had just a little bit more. And they held on to beat Bixby 52-47.

Both teams will be back in action on Tuesday. Union will hit the road to play at Owasso, while Bixby will host Jenks.