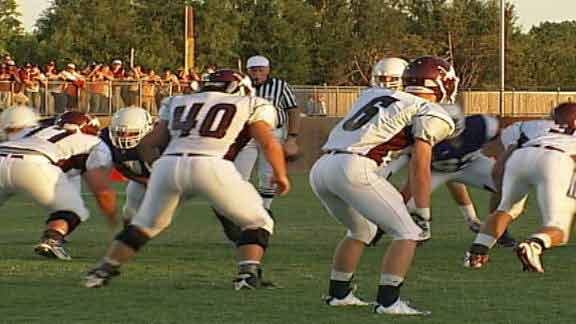 BETHANY, Oklahoma --The Blanchard Lions narrowly escaped week one with a win, beating the Bethany Bronchos 32-29.

On the opening drive, Bethany’s quarterback, Ryley Claborn, completed a pass to wide receiver Gage Diffee. A few plays later, teammate Devin Campbell ran it in for the touchdown, taking the lead.

Blanchard answered back as quarterback Zach Ray completed a long bomb to Zach Hill, getting just inches from the goal line. Teammate John McCraken ran it in for the touchdown to tie the game.

The Lions were able to put a few more points on the board while holding off the persistent Bronchos for the their first win of the season. Blanchard faces Lindsay in week two.