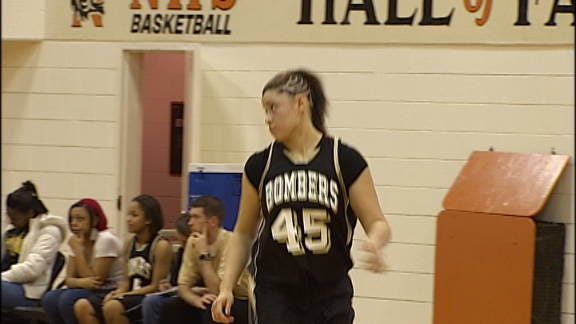 The Lady Bombers' Ashley Clark helped extend her team's lead by hitting a 3-pointer in the second quarter. Midwest City led 33-11 at halftime and continued to dominate throughout the game.

Norman cut the deficit to 14 in the second half, after Jeannie Ramon hit a jumper, but it wasn't enough.

Midwest City was too much for Norman, as Marisha Wallace's layup sealed the victory for the Lady Bombers.