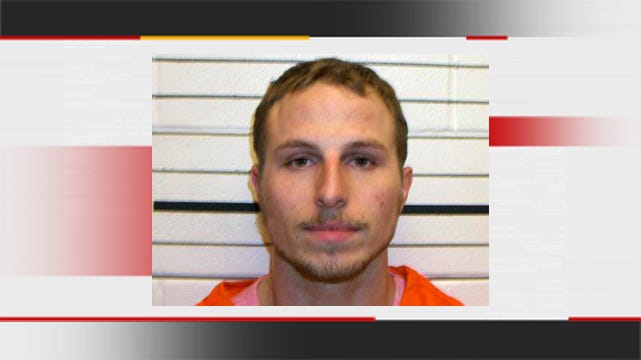 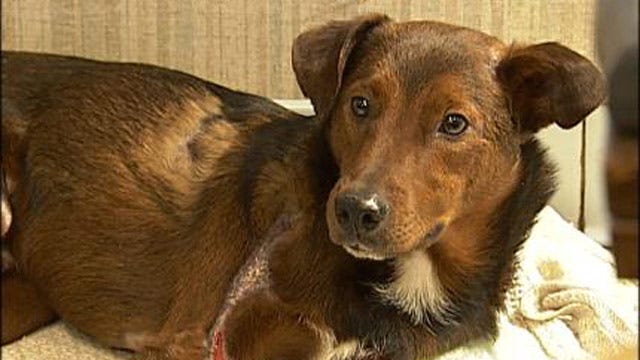 SAPULPA, Oklahoma -- A man accused of cruelty to animals in a dog-dragging case was arrested Wednesday on a complaint of intimidating a witness. Cody Hahn, 22, was booked into the Creek County Jail after investigators say he threatened a friend who had tried to provide Hahn with an alibi.

Anthony Teague told police that he was lying when he told the Creek County Sheriff's Office that he and Hahn had been in Tulsa at a Hibdon Tire Center when the dog was tied to a bumper and dragged in the area of 161st West Avenue and 63rd Street South on October 16, 2008.

Investigator Gary Simpson said he contacted Teague when cell phone records indicated Hahn used his phone at the time and general location where the animal cruelty took place. Teague recanted his alibi on February 25, 2011, telling investigators that he lied because Hahn was a friend and he was "trying to keep him out of trouble."

On March 12, Simpson said Hahn contacted Teague with a threatening text that included the message "That's all good. Hope ur ready for jail time too."

Hahn admitted to sending the message to Teague, adding that he was driving on the Creek Turnpike when he sent the texts, according to Simpson's affidavit.