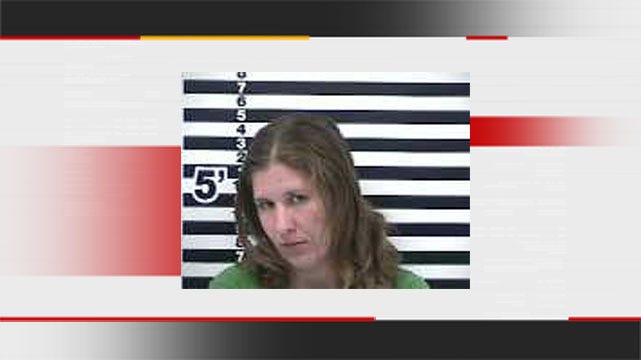 Deputies said there were also markings "on his left shoulder, right shoulder, left chest, left elbow and upper back."

According to the sheriff's office, the ten-year-old told deputies "My mom pushed me down and bit me."

A witness told deputies the mother pushed the boy to the ground and held him there while biting him. Another witness said the boy was "crying and screaming for help" while he was pinned on the ground.

Richards said she was only "playing and wrestling" with her son. Deputies said she didn't remember biting the boy, but admitted to drinking a pint of Tequila and taking Prozac.

Richards was booked into the Rogers County Jail on one complaint of child abuse by injury.

The boy was taken into protective custody and placed with a relative.