By: News On 6, Austin Hernandez 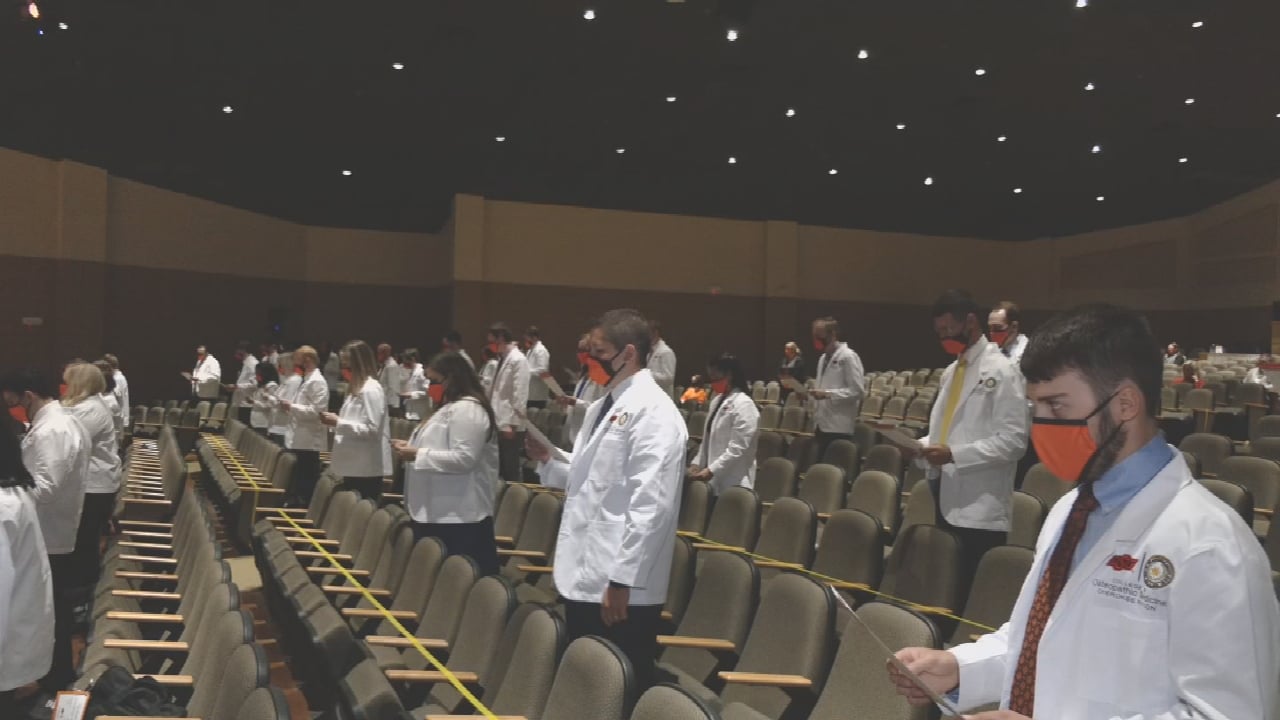 54 first-year medical students received their white coats symbolizing the start of their medical profession. OSU Center for Health Sciences president Dr. Kayse Shrum says while it's a big day for the students, it is also a celebration for what they will mean for tribal and rural communities.

In 2018 OSU Medicine and the Cherokee Nation announced the establishment of the nation's first college of medicine to be located on the campus of a tribal health facility in Tahlequah.

On Friday, the first class was welcomed. Dr. Shrum says it's important that this medical school is in the Cherokee nation.

“When you look at American Indians, their life expectancy is 5.5 years less than the average citizen in the United States and so there are health disparities there,” said Dr. Shrum

The class is composed of a diverse group with 20% of them being Native American. Gunnar Phillips is one of the students and also a Cherokee citizen. Phillips says,

“I hope that we start that trend.. you know it's sort of en vogue or it's cool to come practice rural medicine it's not just let's just stay in the city and just kind of where we know it,” said Phillips.

Temporary classrooms have been established at the Cherokee Nation Outpatient Health Center while construction on the new medical school continues.