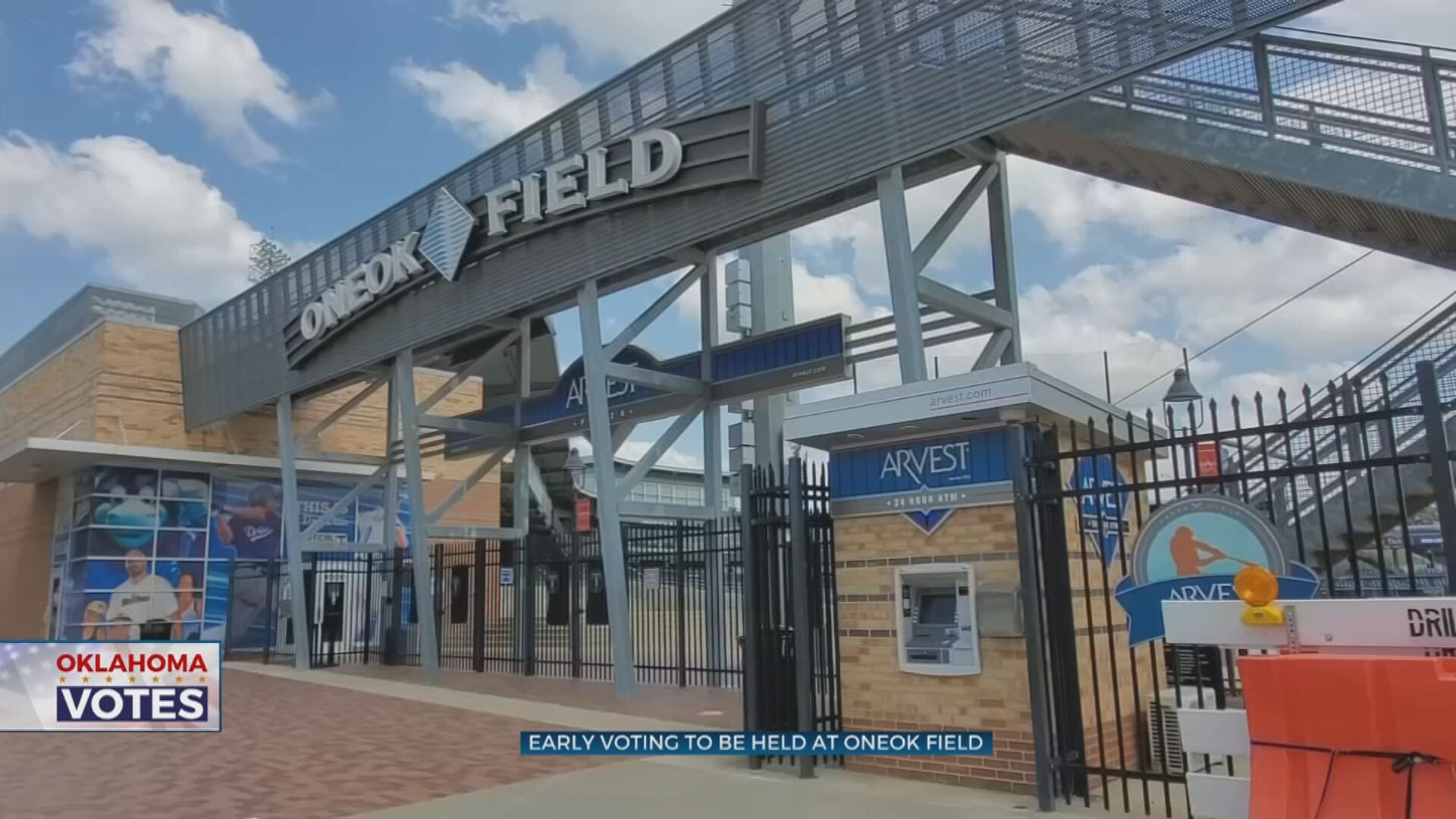 Tulsa County is changing early voting for the presidential election, hoping to create a safer space for the expected crowds.

OneOK Field in downtown will be a new precinct, the only location for early voting in Tulsa. It comes after a Drillers employee read about the Los Angeles Dodgers converting their stadium and thought – why not Tulsa?

Taylor Levacy's idea for Tulsa will change where thousands of people vote for President.

“When they get to the concession stand, instead of ordering a hot dog, they'll be ordering a ballot basically,” Levacy said.

OneOK Field has plenty of room and though voters won't be in the seats, they'll be on the concourses. The voting machines will be by the ice cream stand.

“What's more American than voting and baseball? With those two things combined, we're hoping to give everyone a good experience and we're super excited,” Gwen Freeman, Tulsa County Election Board Secretary said.

The plan is to have precinct workers in concession stands, with voting booths facing the field. The city and OSU-Tulsa will have free parking available, and Tulsa Transit will offer free bus rides.

If things go well at the ballpark for this election, it could become a new home base for early voting.