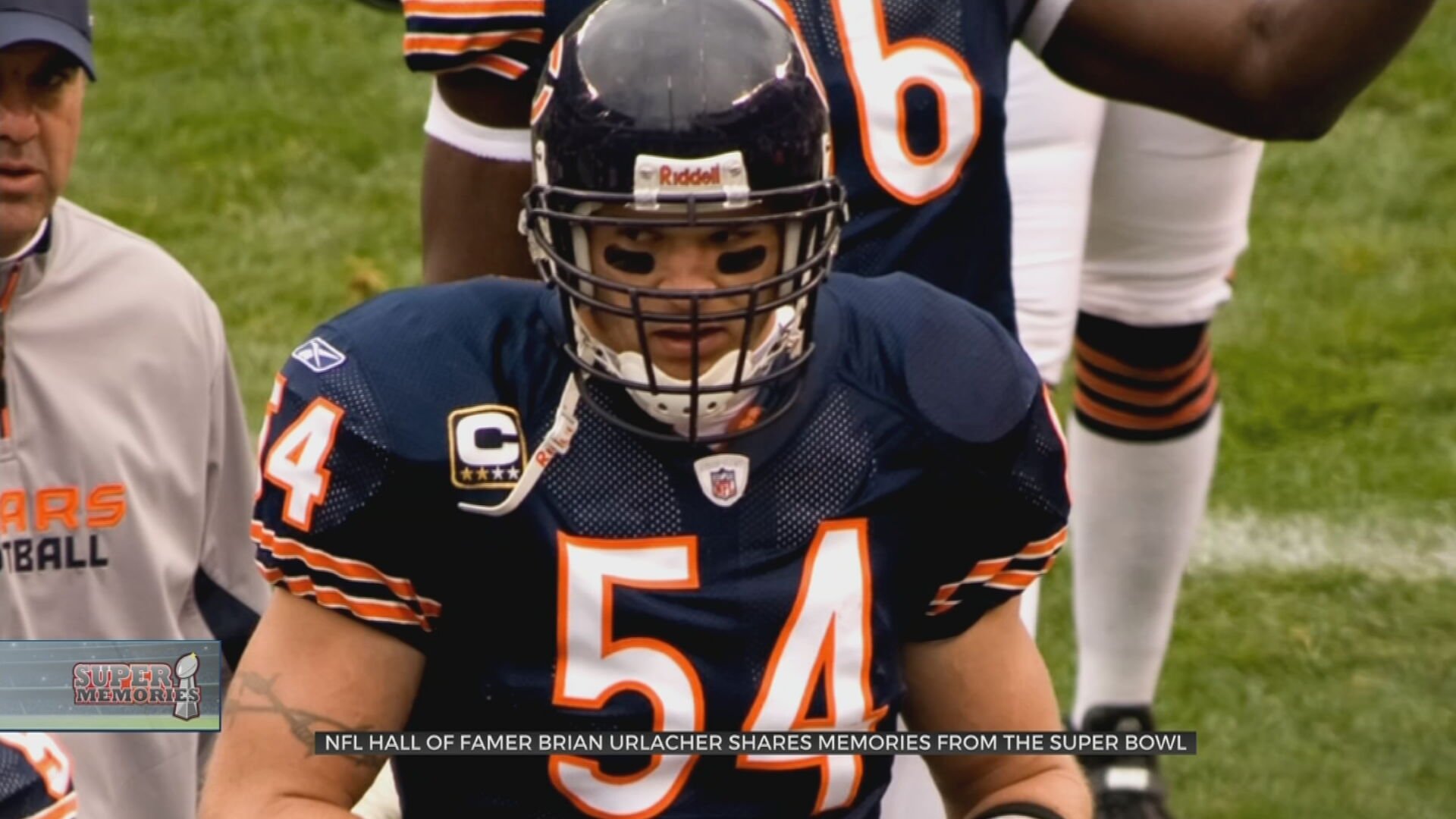 He's a well-known former Chicago Bear, a punishing linebacker for 13 seasons, and the only Oklahoma tie Brian Urlacher has is News on 6’s Dusty Dvoracek, his former teammate and good friend.

“They gave us hope in our household,” he told Dusty.

His love for football continued through high school as the Cowboys were winning Super Bowls.

“We won a state championship when they won the Super Bowl. But I didn’t think I’d ever have a chance to play in the NFL,” Urlacher said.

He had one offer for the University of New Mexico to play at the next level. He was moved to linebacker in college and flourished as an All-American. But he still wasn't thinking about the NFL.

“I was a big dreamer, but college was big enough for me at that time,” Urlacher

Urlacher was looked at as a top pick in the 2000 NFL Draft. The Bears chose him ninth overall. The goal? The Super Bowl.

“That’s why we play, you know?” he said. “My first year we were 5-11, second year 13-3. One game in the playoffs and out in ’05. We were really good and I won defensive player of the year. One game out, Carolina beats us at home and then next year we finally figured out how to win some games.”

Then in 2006 it happened. Brian and the Bears made it to the Super Bowl against Peyton Manning and the Colts.

“The coin toss takes forever, and these guys come out and you’re like can we just play the game?” Urlacher said.

While the game started on a high note, things went sour fast.

The Bears lost but Brian said it was still a fun experience.

“Definitely have some great memories from the game and some bad ones as well. But just that whole season, a great memory,” Urlacher said.

The College and Pro Hall of Famer has been retired since 2013. He enjoys spending time with his family and playing golf. But more than anything, Urlacher still misses his friends.

“The thing I miss is a locker Dusty, but how much fun we had in the locker rooms playing dodgeball, baseball, playing cards, whatever it was,” Urlacher said. “I miss hanging out with the guys and those are things I think about the most.”