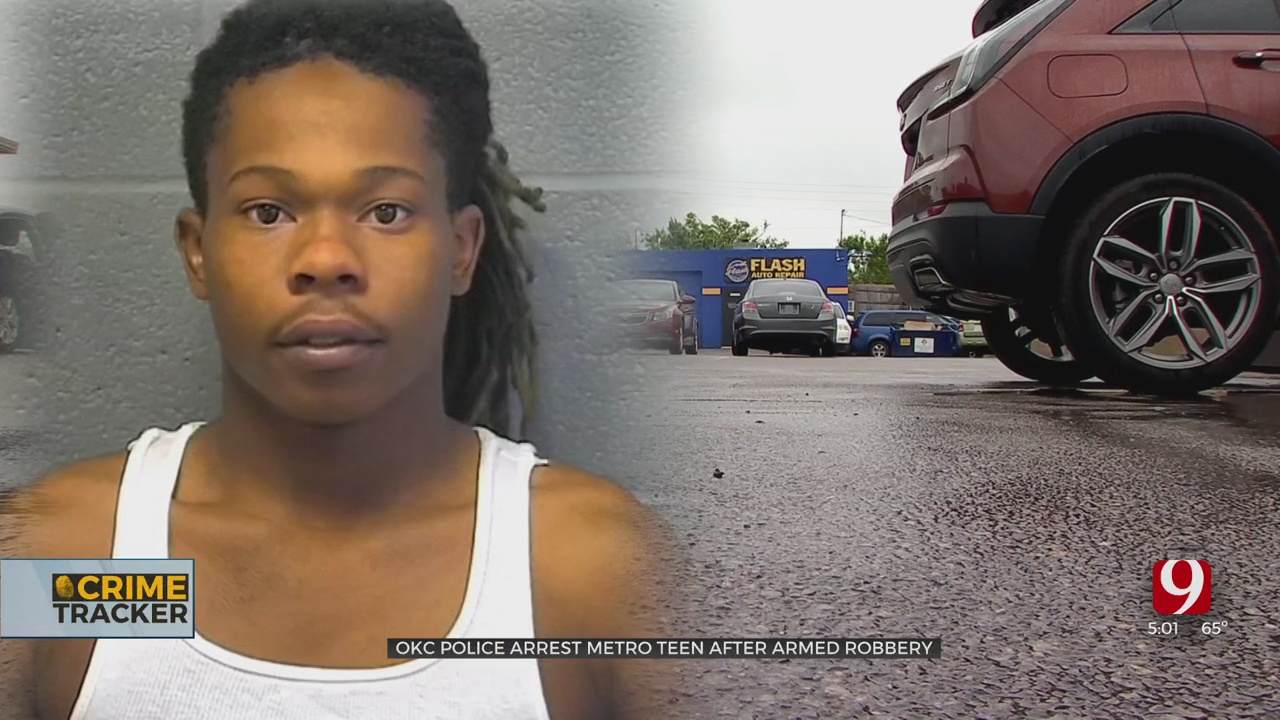 The owner of the auto shop that is tucked behind a northwest Oklahoma City strip mall was still shaken up days after the robbery. He came face-to-face with the armed and masked suspect.

Near the end of the day last Friday, the owner of Flash Auto Repair and his employee were confronted by an unwelcome guest. Parker was caught on a security camera approaching the business from a neighborhood to the west.

He ran into the garage and allegedly demanded money and pistol whipped the owner.

“The victim’s actually thought it wasn’t a real gun and while they complied with the demands, the suspect shot multiple times into the air,” said Sgt. Megan Morgan, Oklahoma City Police Department.

Scared for his life, the employee ran to another business for help. The owner went for his gun and ran after Parker. The owner said he fired back at Parker but missed the teen as he sprinted back to the neighborhood where his getaway driver was parked.

People in the area heard the gunshots and called 911.

Owner: “Come by with the gun and take all my money.”

Meanwhile, a resident in the neighborhood behind the shop saw a suspicious car speed away and followed them.

Witness: “They might shoot at me so hold on, hold on, they know I’m following them.”

The witness was able to get their tag information that later led police to Parker.

“He was booked into the Oklahoma County Detention Center on multiple counts to include armed robbery,” said Morgan.

Police said the car belonged to Parker, but investigators have not identified or arrested the getaway driver.