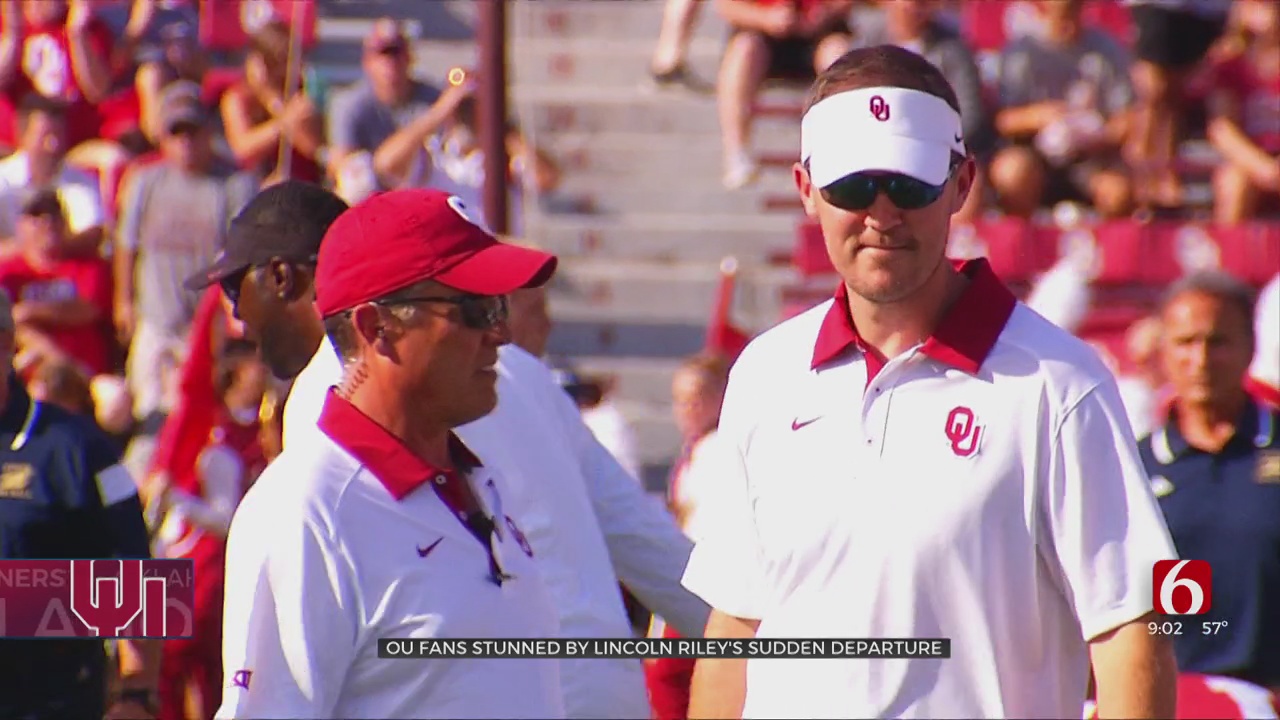 OU fans across the state are feeling the shock of Lincoln Riley's departure.

Students and alumni at OU said they were coming off a heartbreaking loss to OSU Sunday when the news broke. They all said they're thankful for Bob Stoops.

"I was at home all day recovering from the Bedlam loss," said Josh Davis.

That's when Josh Davis first heard about Lincoln Riley leaving OU to be the new head coach at USC.

Davis is the student affairs director at OU-Tulsa and a big Sooner fan.

"It's the coaching world," Davis said. "He had to make the decision best for him."

That gives fans a little hope.

"We're excited about Stoops coming back," said Paige Cole. "There's nobody who could step in and hit the ground running like he can."

OU Club of Tulsa Co-president Paige Cole said shocking is an understatement for how fans feel.

"OU is a program people don't leave from," Cole said.

Gaddi, a med student at OU-Tulsa, said he rushed home after hearing Riley was leaving and says he and his friends felt a little betrayed about it.

But Gaddis said he also has his trust in Stoops to save the day.

"The best is hopefully yet to come."

All the OU fans are hopeful for a Bowl Game win and agree the team is bigger than its coach.