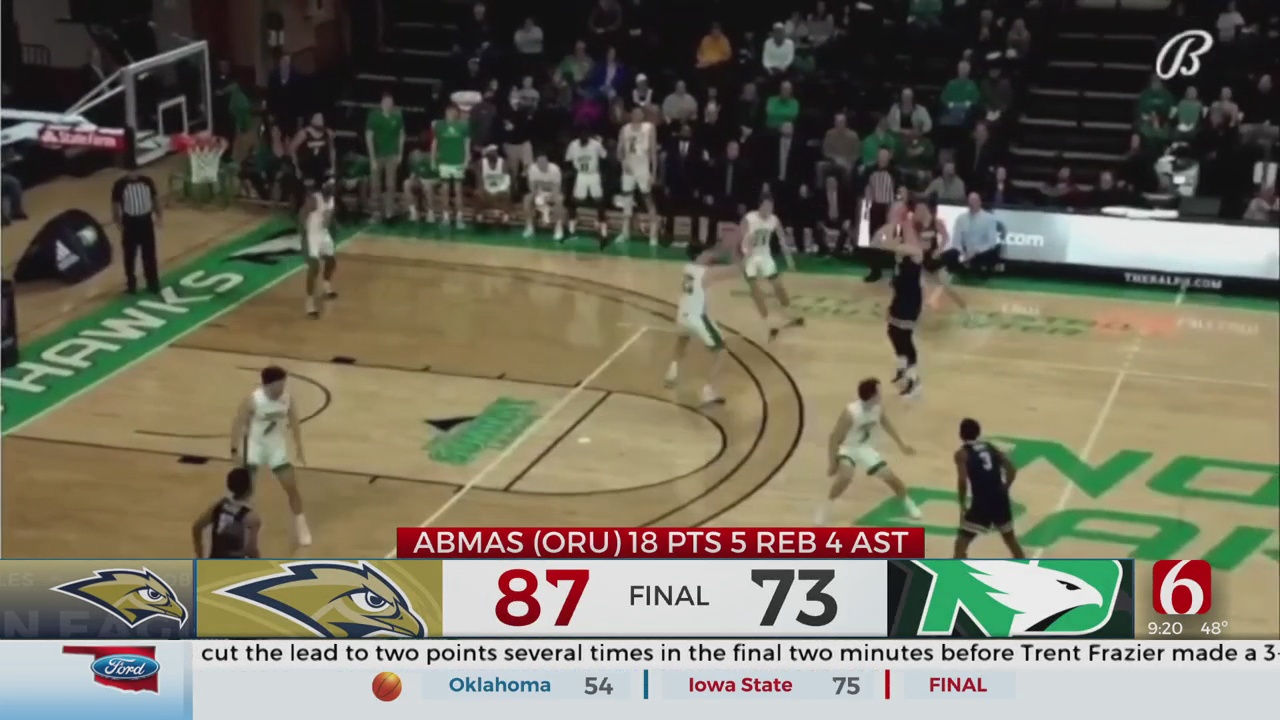 Max Abmas had 18 points to lead five Oral Roberts players in double figures as the Golden Eagles got past North Dakota 87-73 on Saturday. Kareem Thompson added 15 points for the Golden Eagles. Issac McBride chipped in 14, Francis Lacis scored 10 and Carlos Jurgens had 10.

Abmas hit all 10 of his foul shots. McBride also had six rebounds.

The Golden Eagles improve to 2-0 against the Fighting Hawks this season. Oral Roberts defeated North Dakota 80-76 on Jan. 20.