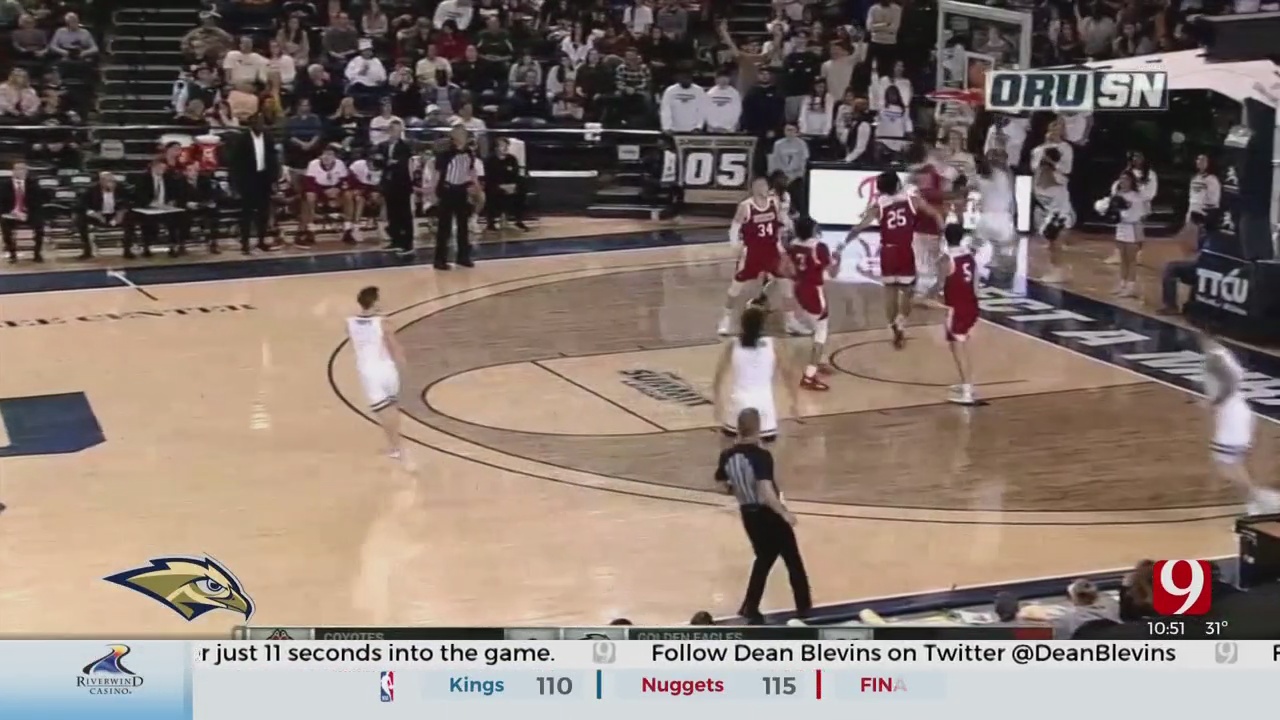 ORU started the final regular-season game of the season hot, jumping out to a 23-9 lead before taking just a one-point lead into halftime.

As the Golden Eagles cooled off after the break, the Coyotes caught fire and boasted a lead of 63-50 with 14 minutes remaining.

ORU fought back with an offense that had five players score in double digits, eventually cutting the deficit to three before Kamateros iced the game, hitting two free throws with only seconds remaining.

ORU (18-11, 12-6) ended the regular season with its first stretch of back-to-back losses and now awaits its opponent in the Summit League tournament.