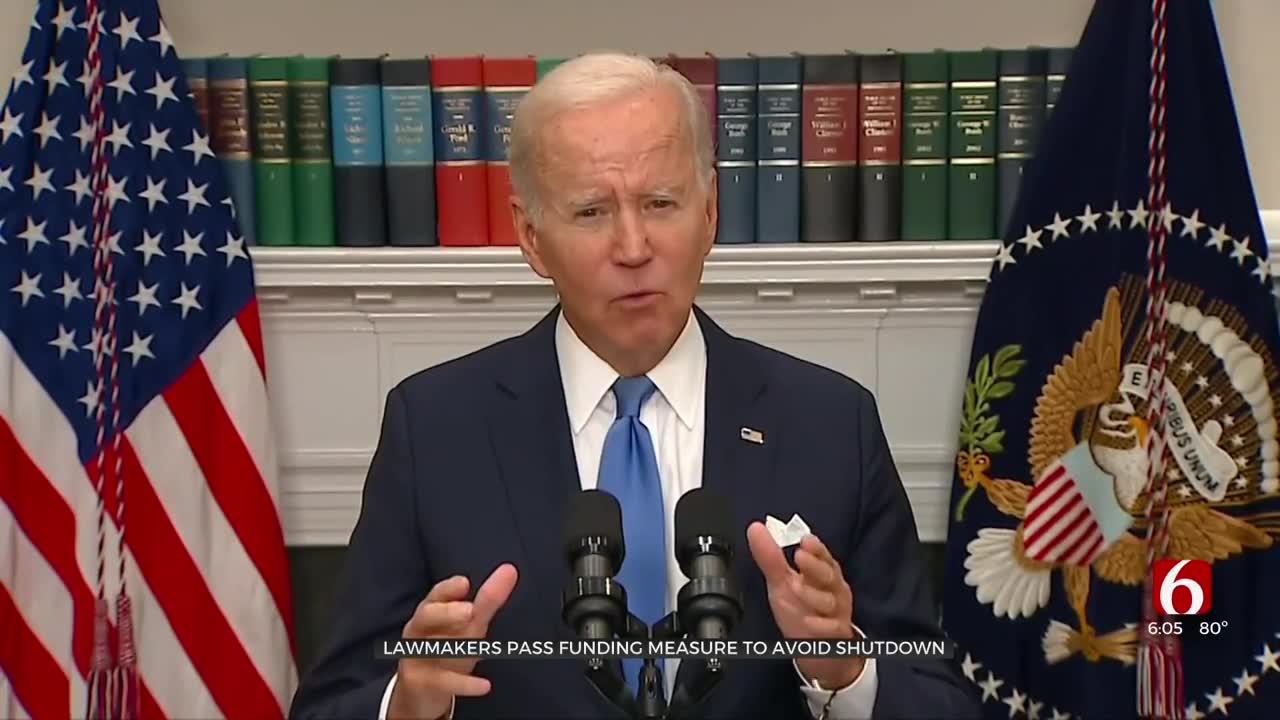 Just hours before a midnight deadline, the United States House of Representatives approved a stopgap measure Friday that, in addition to funding government operations into mid-December, provides billions of dollars in disaster relief and aid to Ukraine.

After passing in the Senate Thursday with strong bipartisan support, 72-25, the bill to extend current year funding levels, known as a continuing resolution, or CR, moved to the House where Democrats and a handful of Republicans, by a vote of 230-201, sent it to President Biden for his signature.

Democrats applauded the bill’s passage, Speaker Nancy Pelosi (D-CA) saying it gives appropriators the time they need to fashion a complete spending plan for FY 2023, while many Republicans blasted the majority for failing to take the appropriations process more seriously.

Rep. Cole and Oklahoma's other four House members voted against the measure, as did both U.S. Senators.

In an interview Thursday, Congresswoman Stephanie Bice (R-OK5) captured the feeling that many in the GOP were expressing about the situation: "One thing that’s been very frustrating for Republicans is once again there’s been no discussion with our side about what that CR may or may not contain."

The bill text was released Monday, but some in the delegation said they simply don't trust Democrats when it comes to spending bills.

"We will go through it if we have time, but if they don’t give us time then I’m not voting on it, it’s that simple," said Rep. Markwayne Mullin (R-OK2). "If we’re going to vote yes on something, we will know what’s in it, every line, every single line we'll know what’s in it because I wouldn’t trust anything they put in front of us."

There is also significant funding in the bill to help communities that have been impacted by natural disasters. $18.8 billion will go into FEMA’ Disaster Relief Fund, while $2.5 billion goes to support recovery efforts following the Hermit’s Peak/Calf Canyon Fire in New Mexico and $2 billion to Community Development Block Grants.

Despite a plea from the president and many Democrats, the CR includes no additional funding to combat COVID-19 or Monkeypox.

But it also is missing things that Republicans feel should have been included -- another reason many voted no.

There is motivation for Democrats to get a regular budget put together by the time this deal runs out December 16 -- the new Congress, with potentially new majorities, gets sworn in in January.