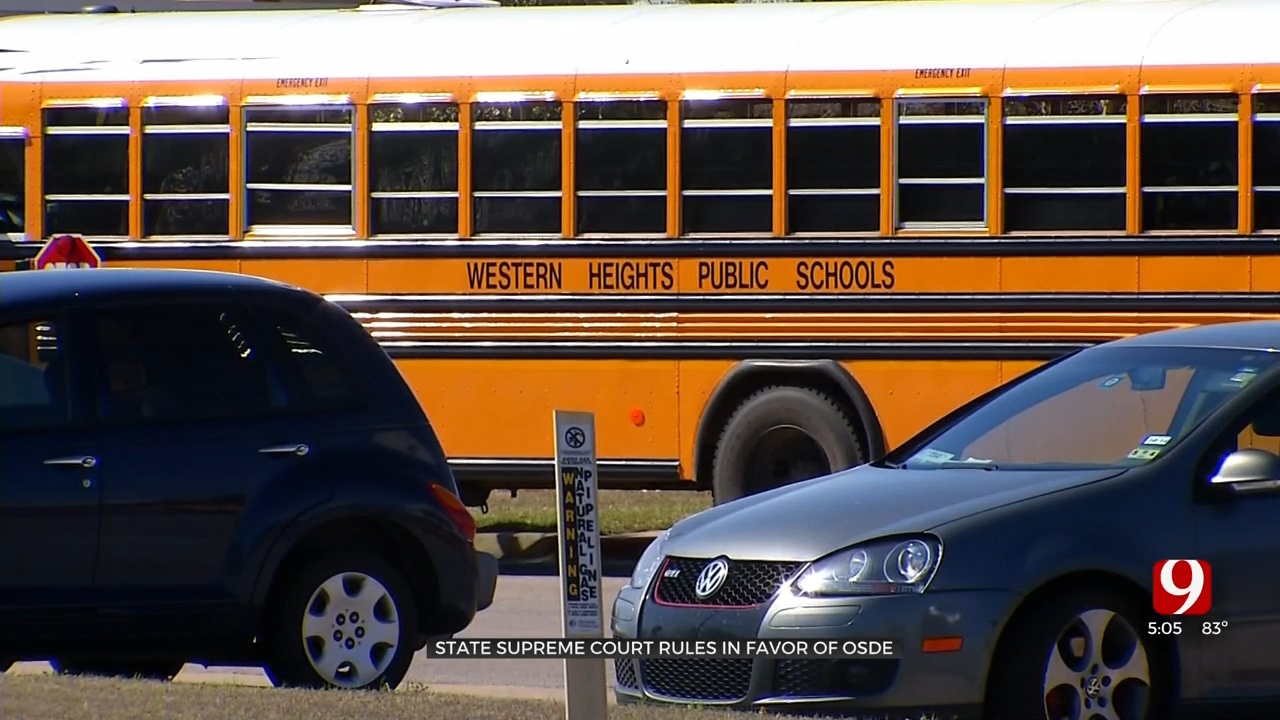 The Oklahoma Supreme Court ruled Tuesday that the State Department of Education was within its rights to intervene at Western Heights Public Schools more than a year ago.

Attorneys for Western Heights and Barnes challenged the state actions in court, which cost the district hundreds of thousands of dollars in legal bills.

“The community members that have been advocating for transparency and communication, and just overall betterment of our district, we don’t want to pay for this anymore,” community organizer Amy Boone said.

The district was placed on probation in April 2021. Barnes was suspended in June, and the community was outraged at reported mismanagement of the district and its funds.

Since then, a lot has happened.

“All of the issues at the district haven’t been fixed, but there’s been a significant turnaround in the district,” Boone said. “In morale, for employees, for teachers, for parents. Kids even.”

“To say the state has the authority to be responsive to parents and members of the community of a school district to step in and take corrective actions,” OSDE general counsel Brad Clark said.

Some legal issues continue. A hearing is planned for Monday to remove board president Robert Everman over delays in submitting an annual routine audit to the state this year.

“Their obstruction and efforts to enrich a few adults will undoubtedly end, but we again call on them to do the right thing for children and taxpayers and immediately step down,” the statement said.

News 9 reached out to Western Heights board and district attorney Jerry Colclazier but have not yet heard back.