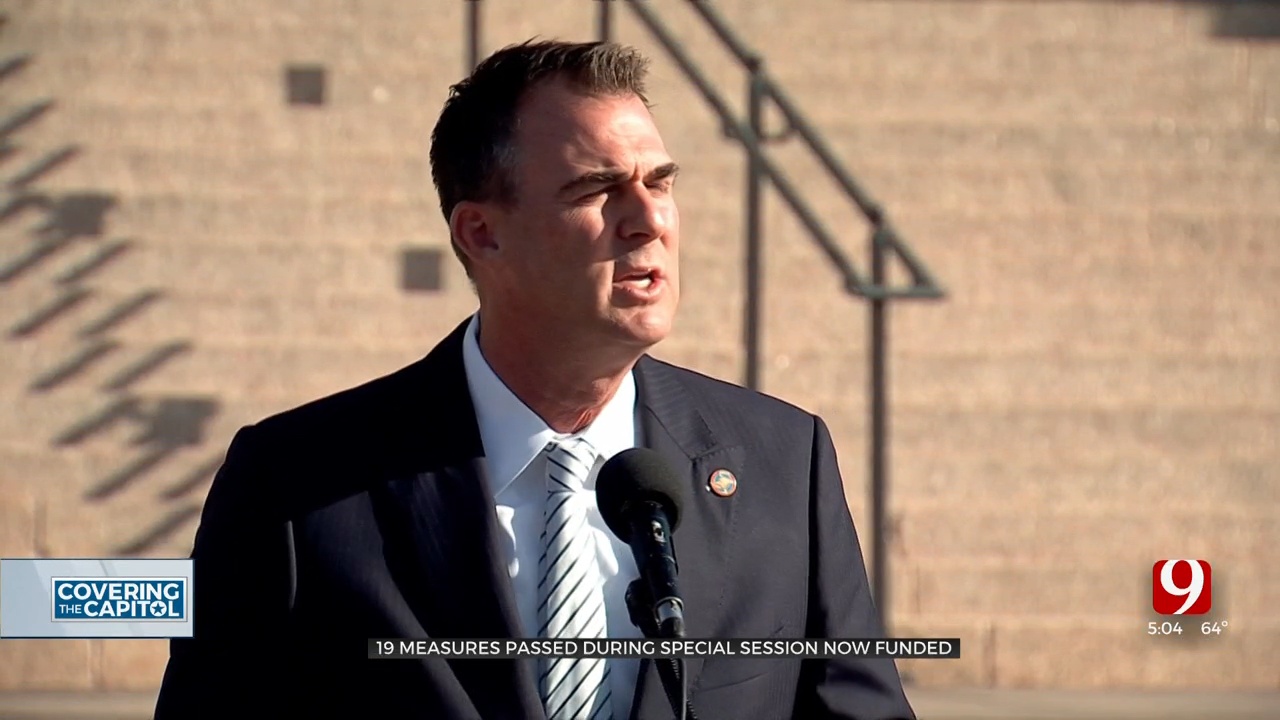 Stitt Vetoed $24.4 In ARPA Projects; State Lawmakers Could Come Back To Override Veto

State lawmakers passed 22 measures onto the Governor – 19 of them are now funded.

Some of the funded initiatives include expanding high speed broadband access statewide, investments in water infrastructure and workforce development.

Hundreds of millions of dollars were also earmarked for healthcare investments.

The majority of the $1.87 billion has now been appropriated.

On Thursday, Gov. Stitt said he vetoed some projects because there did not appear to be long-term strategic plans for the funding.

Dollars for the Arts Council and OETA’s plan to update broadcast infrastructure were not approved.

Funding for the Oklahoma State Department of Emergency Management to set up distribution centers for personal protective equipment was also vetoed.

State lawmakers could return to session next week to try and pass a majority ⅔ vote to overrule the $24.4 million in vetoed funding.

“We absolutely ought to be coming back. There’s no reason for these dollars to wait. We’re talking about things like emergency management across the state of Oklahoma and being able to coordinate first responders,” said Rep. Andy Fugate, D-Oklahoma City.

Senate Pro Tem Greg Treat said in a statement today: “There is a productive dialogue ongoing with caucus members regarding the vetoes. Once we come to a resolution as to whether or not we want to come back to special session, or handle the legislation in regular session, we will make it public.”

The last day of the second special session is next Friday, Oct. 14.