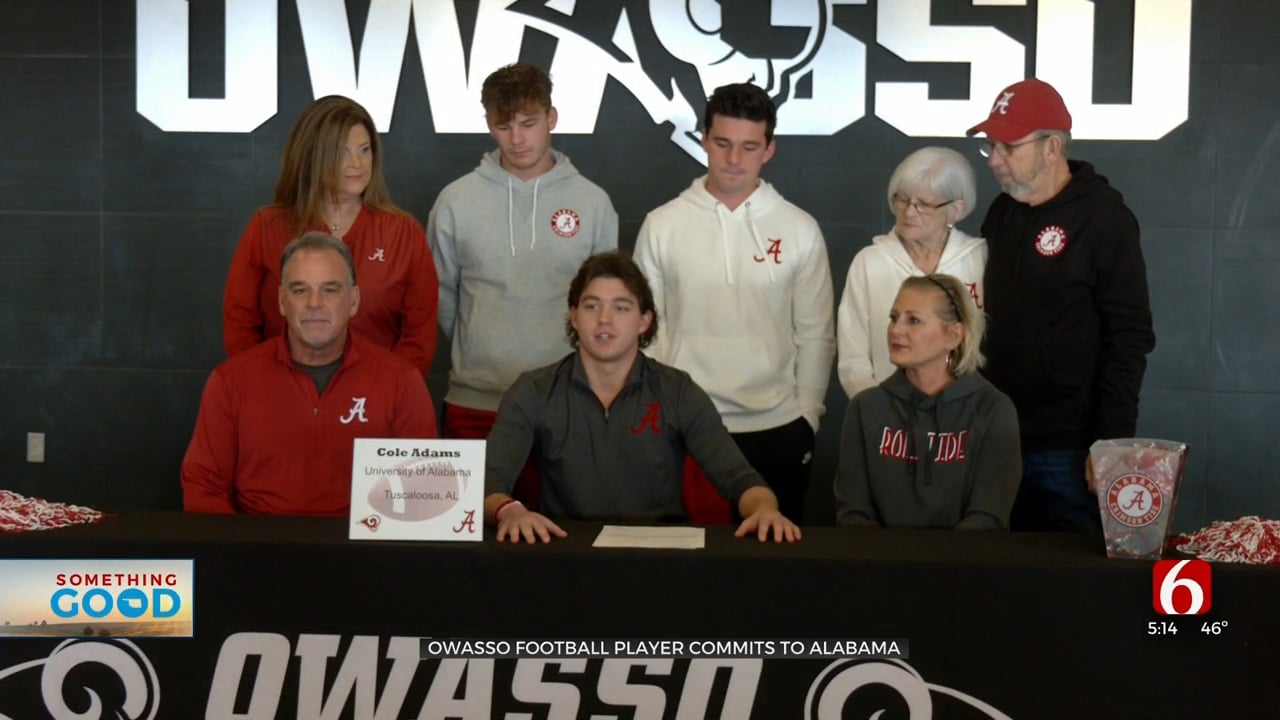 High school athletes all over the country are making their college commitments official by signing their letters of intent.

In front of a packed room full of family, coaches and teammates, Adams signed his letter of intent. He joins Alabama’s top-ranked recruiting class, according to several recruiting outlets.

“I knew where I wanted to go for a long time,” said Adams.

Adams said he talks with his new teammates in a group chat and has spent time working to recruit other high school players to Tuscaloosa.

His recruitment even prompted Crimson Tide head football coach Nick Saban to make a stop in Owasso for a visit.

“Every time you meet the dude you feel like you’re dreaming,” said Adams. “He’s about to be my head coach.”

Adams spent most of his senior season sidelined with an injury, but his coaches said his energy and explosiveness will be remembered.

“Ever since he was a freshman, we got the joy of getting to watch him be a big part of what we did,” said Bill Blankenship, head coach of the Owasso Rams.

Cole and his family said the whole recruiting process has been smooth. Even though he’ll be heading nearly 10 hours southeast, his mom said she is excited for his journey.

“I have total trust in the coaches,” said Kristi. “They run just such a great program and they make sure they’re taken care of in every way possible.”

Things will move quickly for Cole and his family. Right after the new year, he will move to Tuscaloosa as an early enrollee.