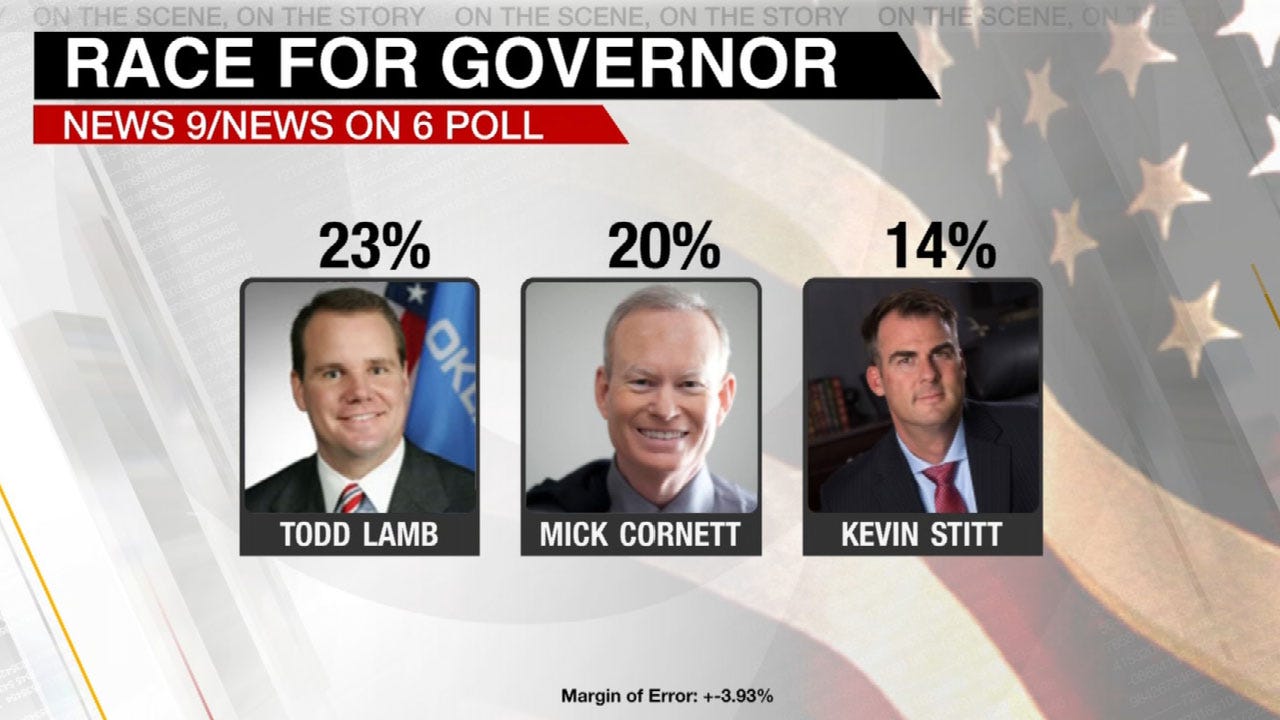 A News On 6/News 9 poll released Tuesday shows the Republican race for governor tightening and the Democrat race, well, not so much.

With a margin of error at +3.93 percent, Lt. Gov. Todd Lamb holds a 23.3 to 20.4 percent edge over former Oklahoma City Mayor Mick Cornett for the GOP nomination. In third place, Kevin Stitt garnered 13.5 percent in polling.

The rest of the GOP field looked like this: Gary Jones got 4.1 percent. Dan Fisher got 3.2 percent. Gary Richardson picked up 2.9 percent, and 'other' drew 1.2 percent. The undecideds tallied 31.3 percent among Republicans.

Among the Democrats and Independents, former Drew Edmondson picked up 43.5 percent of support from poll participants to 13.6 percent for Connie Johnson. The undecideds picked up 42.9 percent.

The primary election is on June 26. Unless somebody captures more than 50 percent of the vote on June 26, the top two vote-getters will head to a runoff August 28.