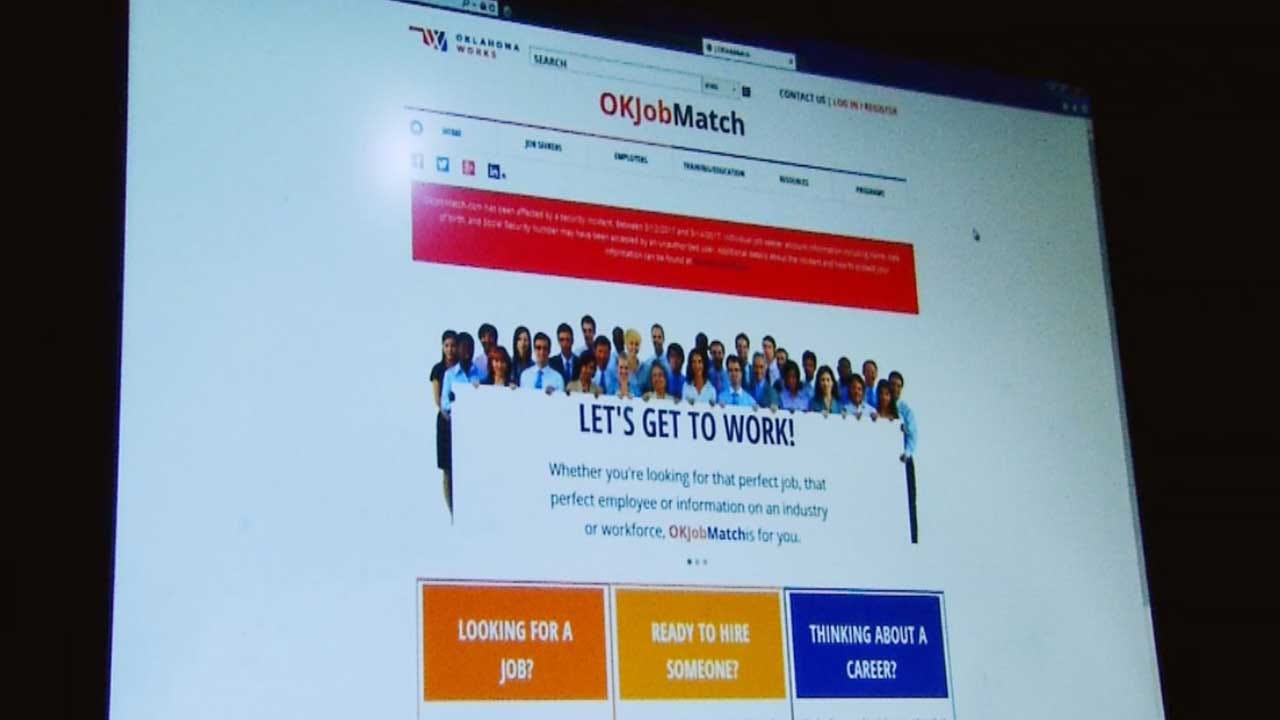 Hundreds of thousands of Oklahomans are starting to get some answers after the state's job website was hacked earlier this month as part of a national data breach.

America's Job Link Alliance runs employment websites for ten different states, including Oklahoma’s OKJobMatch.com. Those states are now coming together to demand protection for more than 4.8 million people nationwide whose personal information may be in jeopardy.

AJLA found out about its database being hacked last week, and just announced the launch of a help line for all those affected.

“They are going to be providing credit protection and monitoring for everyone impacted in this particular breach for 12 months,” said Oklahoma’s chief information security officer Mark Gower.

Oklahoma job seekers are required by law to create an account on OKJobMatch.com within seven days of filing for unemployment, expecting their names, birth dates and social security numbers to remain confidential. That is why Gower said the state is pushing for a quick response by both AJLA and federal investigators.

“Vulnerabilities and threats are discovered or created every day,” said Gower. “This is a global issue, cyber security and securing your information, so it’s something we take very seriously at the state.”

AJLA has fixed the breach, but has not identified the person or group behind the attack that compromised anyone who created an account before March 14. Those people will be getting an email notification within the next week, while investigators take over the next phase.

“We also want to make sure that this attacker doesn’t misuse this information in any way. We’re continuing to work with law enforcement and also monitor what is known at the dark Web,” Gower said.