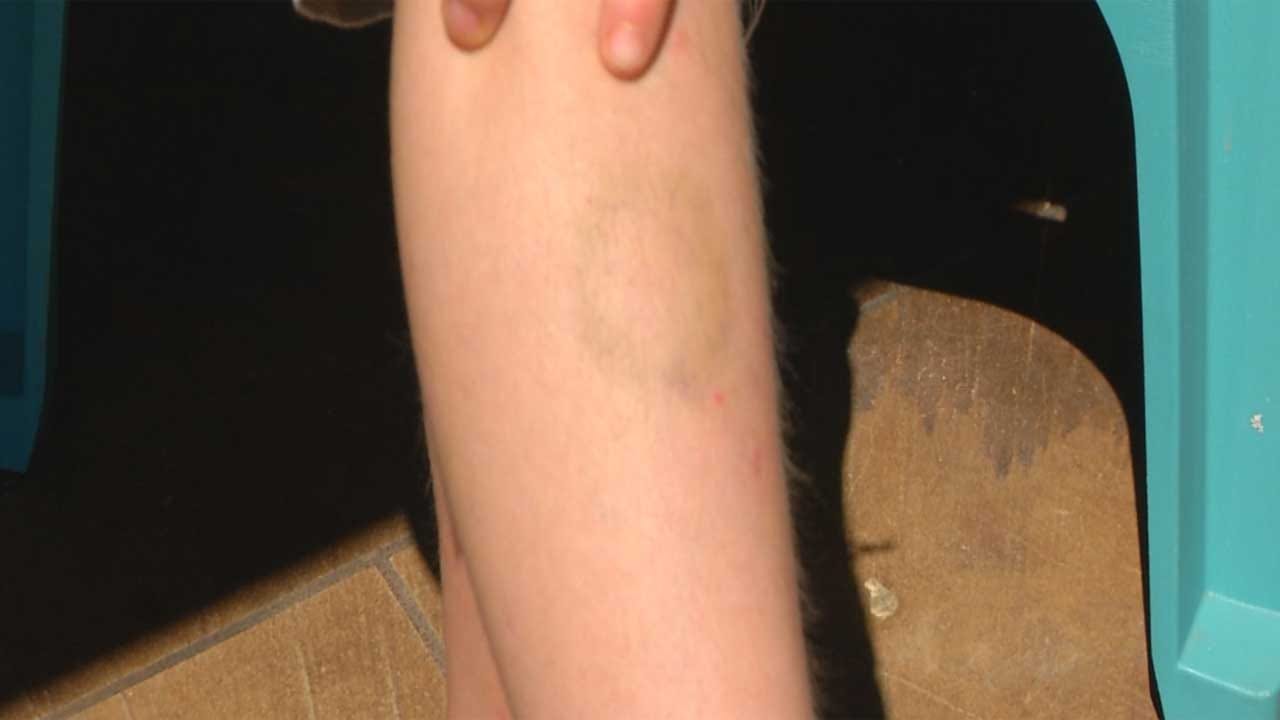 The parents of a 10-year-old boy say their son was abused at a mental health facility in Tulsa, Oklahoma.

They have since pulled him from the hospital, but want other families to be aware of the incident.

Kristin and Brent Kelley live in Moore and sent their son to Shadow Mountain Behavioral Health System earlier this summer. They got a call late Saturday night about an incident.

“At 10:45 that evening, we got a phone call from the head administrator saying that there was an incident with Ian and that he was bitten by a member of the staff,” said Kristin Kelley.

The couple rushed to Tulsa to see their son.

“When we saw Ian, he had claw marks in the back of his neck, under his chin, both his arms, finger print marks on his arm, and then a bruise in the middle of his back, scratch marks on his back, and then a perfect outlining of a mouth on his leg from where the worker had bit him,” she said.

Ian said he was on his back. One employee held him down, but it was the actions of a female staff member that shocked the family.

“She told one of the nurses to put a towel over her head and she bit me,” Ian said.

His parents believe the staff member covered her head with a towel to avoid the surveillance videos inside the facility. The parents say it took hours before Ian got medical attention.

“I know it’s hard for some people to believe their kids when they are in that situation, but just investigate it and look into it,” Kristin Kelley said.

She said her son has ADHD, ODD and PTSD. She understands that he has outbursts of anger, but believes the abuse by the staff member went too far.

Kristin Kelley and her husband called the Tulsa Police Department and filed a report. An officer confirmed they responded to an injury at the facility and have a report of assault and battery involving a child.

The parents brought Ian home and said they will not sent him back to Shadow Mountain Behavioral Health System.

Ian said this employee has never done this to him before this incident. He also said he hasn’t seen her hurt any other children. Though it may be an isolated incident, the family wants other parents to be cautious when their children are in the care of others.

The Oklahoma Department of Human Services also has an open investigation on this case.

News 9 reached out to Shadow Mountain Behavioral Health System and did not hear back at the time of publication.